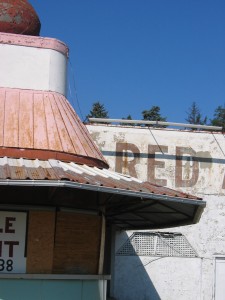 A photo moment for the wayside respite that was the Red Apple Rest, on Route 17 in Southfields, New York. I stopped there in October of 2007, on my way to an outing at Storm King. It was one of those deep Fall days where the light is yellow and syrupy. 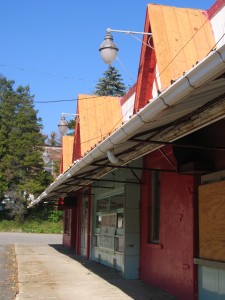 Reading memoirs of old places gone by leaves me a bit morose. The unique and perhaps worn was abandoned in favor of the sparkly and standardized. One of the many old road refuges driven out of business by limited access highways, the iconic apple shape today is not much more than a flaking faded red orb, sitting above a condemned roof. 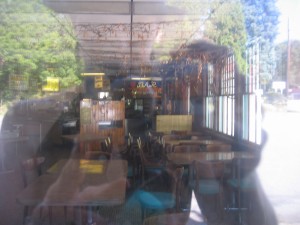 I live without a car, so Red Apple Rest doesn’t deteriorate in my mind – I haven’t been past it in over four years. I hope to Google it someday to find it revived, the lights lit, thriving. 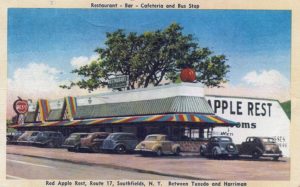