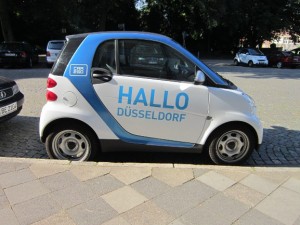 Hallo Dusseldorf! Near the Kunstpalace.

Last week found me in Germany and Luxembourg. Dusseldorf, like many cities affected by World War II, is a new city, with glimpses of old fabric in surprising places. As in other European cities, the pedestrian mall of the 1950s used to rebuild shelled cities thrive, whereas in American cities, they bring the death knell. I suppose Americans could stand to get to know their feet better.

I arrived at 11am on Sunday, my rolling suitcase’s wheels creating quite a clatter on the sidewalk as I made my way to my hotel in a quiet residential area, near the Rhein. 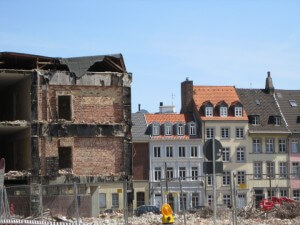 After so much loss of historic fabric, it’s jarring to see demolition and construction continuing. Development goes on. Dusseldorf.

So many rivers that travel through American cities are channels for shipping – they are dredged and walled in to fit specific spaces. It was a bit wondrous to see the Rhein’s banks, and people enjoying their Sunday picnics along the river. All the bridges have a pedestrian component, and I ran down the riverbank and up and over the river. I dodged ringing bicycles the whole way, ubiquitous and in charge of the sidewalks. Even with their red bicycling lanes, the pavement is much more a sidebike, than a sidewalk. 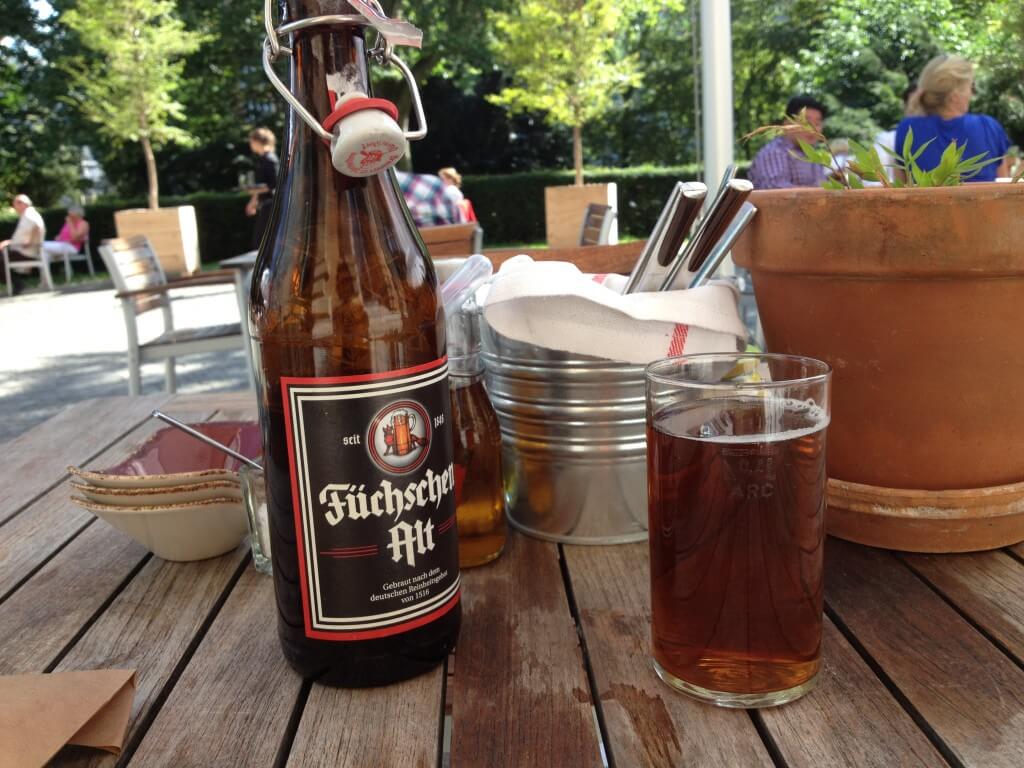 I went to the Stadtmuseum and K21Standehaus, a contemporary art space in an old government building, set in a lush park. Their interior cafe evokes whatever the Belle Epoque was in Germany, and the sunny terrace served as a great place for writing, a place to channel all those thoughts that emerge between the gaps in jetlag and discovery.