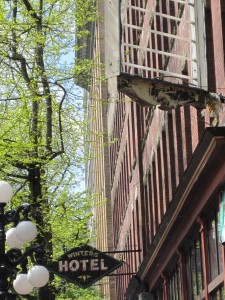 Mountains. The Canadian version of Seattle. West coast cool.  I’d heard so much about it, and while the mountains are thrilling, I expected something more. So much of the town consists of modern apartment buildings set back from the street – indeed, my hotel room was a full apartment twice the size of my own in New York (but that’s not an uncommon occurrence). The scrubby old Gastown made me think I found something unique to Vancouver, but then found the stores full of tourist trinkets. I did make my way via transit to the Granville Island markets and art workshops, overlooking the rivers and bridges into the central city.

I ended up needing to escape, and hooked a bus out to the incredible Stanley Park. Sports fields, gathering places, manicured gardens, wildernesses, and swamps all sit within city limits. I hiked for hours and didn’t meet the edge of the park. 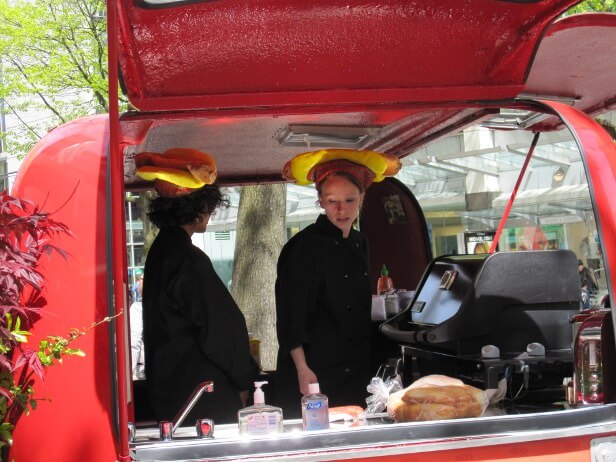 The hot dog stand is everywhere! I did have a Japadog while I was there: a hot dog garnished with spicy mayonnaise, teriyaki sauce, onions, and seaweed threads. I did benefit from the staggering plentitude of izakaya in Vancouver, and wish that trend would take a stronger hold on New York. Izakaya menus titilate with their variety of morsels. Marinated whelk or potato salad with seaweed and salmon roe anyone? I found Guu Kobachi Izakaya in a part of town I wish I had more time to discover and ate way too much mackerel before boarding my red eye back to NYC. 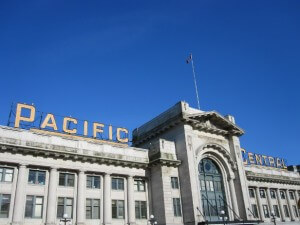