Home→Architecture→Eighteenth Century for the Weekend Last weekend, The Brigade of the American Revolution hosted an Authenticity Event at Don Carpentier’s Eastfield Village. A collection of two taverns, a store, a church, a doctor’s office, an assortment of shops, and a handful of houses were saved from demolition by Mr. Carpentier and assembled on the east field of the family’s farm. Long the site of an esteemed historic trades workshop series, the village is the perfect site for Authenticity Weekend. Mr. V isn’t a reenactor – you’ve heard of football widows – I have a reenacting widower.  So I assumed the role of the Widow Fifield, a small town milliner and landlady to an esteemed couple in order to support myself in my reduced circumstances. While I did ply my needle a good bit last weekend, I also enjoyed working in my two room house with a small kitchen in the back, complete with a stone sink that emptied out the wall into the backyard.

The true value of the experience was negotiating my modern self within an eighteenth century physical routine. I rose as early as decent to make a fire. I slept on top of my clothing so that it would be warm when I put it on in the morning, in a room that was about 45 degrees. Beyond logistical matters, I considered the role of a widow within a small town (different from the crape draped recluse of the 19th century). I wondered what it would be like to possibly live without literacy.

And of course, there are other, practical matters. 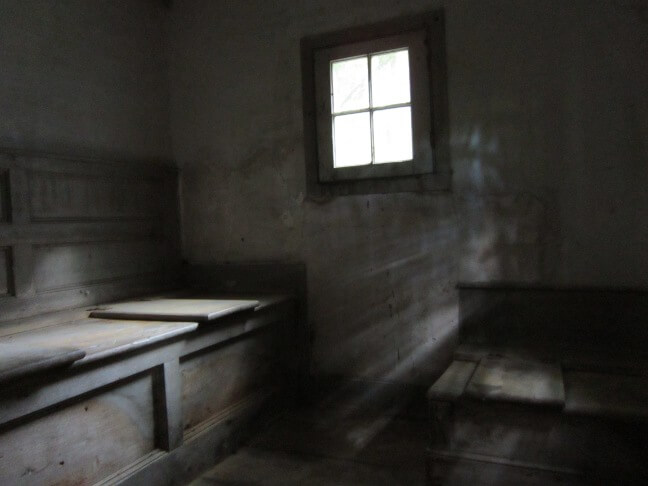