My brother Mr. F is Cleveland’s Man about Town. During my May visit, he toured me around a number of sites and neighborhoods, including Shaker Square, downtown, Detroit Seaway, and Cleveland’s West Side Market. 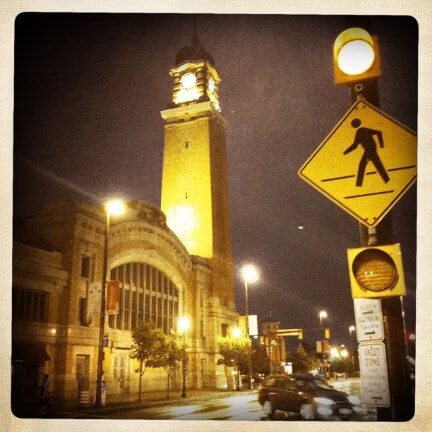 I knew zip about Cleveland, beyond its being the butt of many jokes – most of these, I found out, are told by people from Ohio. Sure, Cleveland suffered the same blight that most cities have suffered over the last 60 years of anti-urban sentiment, and is enjoying a bit of renewal now. West Side Market opened in 1912 and celebrates its 100th anniversary this year. Like any city, neighborhood market buildings were crucial centers of trade for the neighborhood until the advent of refrigeration, frozen foods, and the supermarket, which reduced the need for daily shopping. Most of Cleveland’s other markets, notably the Central Market, died through atrophy, and a 1949 fire of the historic market building left little to work with. Check out this site on Cleveland History and its page on Cleveland Market history hosted by Case Western Reserve University. With the rise in interest of how our food is produced, new life was breathed into old style market culture. Maingate Marketplace, introducing a farmer’s market, retail market building, and other shops was proposed to revitalize a blighted, underserved area described as a “food desert.” This project seemed to have stalled in 2010. 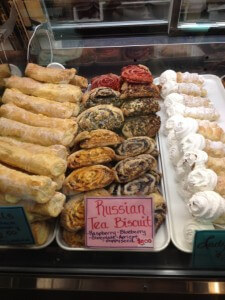 West Side’s central hall is full of permanent stalls vending both specialty ingredients and prepared foods, the side arcades display staggering arrays of produce, artfully stacked and wittingly hawked. A favorite of mine were the Bakewell Tarts at Reilly’s Irish Bakery. Markets are one of the the two things I seek out in every city I travel to (train stations are the other). The worst part about visiting market buildings in other towns is that when you are travelling, you don’t have the opportunity to buy fresh ingredients and put them to use. It’s the best reason I can think of to rent an apartment when staying in a city for a longer length of time, and live like a local. 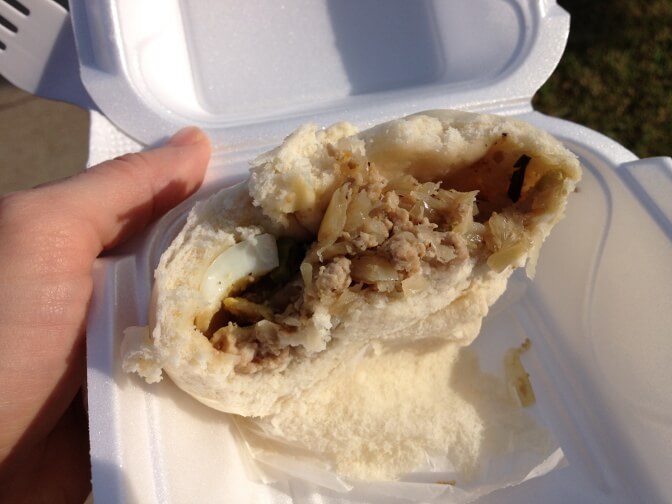