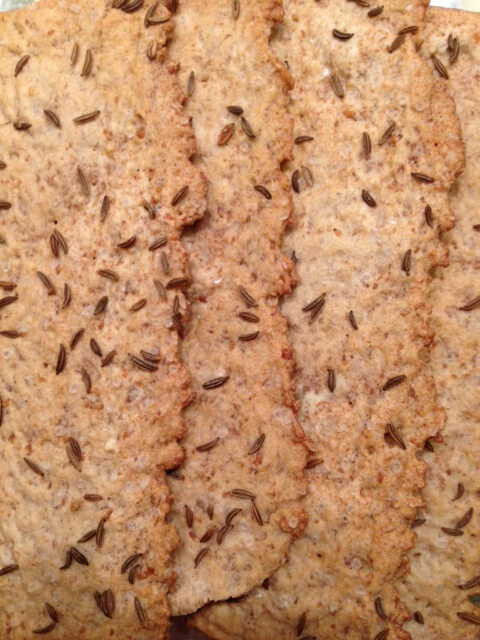 It’s herbal, savory, and astringent. My French friends confuse it for a cumin seed.  It evokes strong feelings of admiration or disgust, depending on whose palate is assessing it. And it’s one of my favorite flavorings.

When I was a child, caraway appeared solely in rye bread and in sauerkraut on Thanksgiving (yes, Marylanders include sauerkraut on their Thanksgiving table, and I definitely had some Thursday). But caraway was widely used in the past in confections, breads, liqueurs, and other foods. Its complex flavor pairs well with sugar, such as matching the seed to dried currants in an Irish Soda Bread. Those versions missing the caraway are merely sweet; caraway matched with currants and sugar heightens the flavor of both and make you consider further the combination, who thought it up, why you’ve never thought of it before, and where else you might introduce caraway.

Here’s a recipe for Carraway Cakes from Hannah Glasse’s The Art of Cookery, followed by a photograph of Wiggs, made by Mr. DeM at Fort Lee Historic Park last Saturday. Wiggs are a yeast biscuit of sort with carraway and lemon peel (sometimes caraway comfits were used) served for breakfast and often dried out into rusks. Thanks for the information, Mr. DeM! 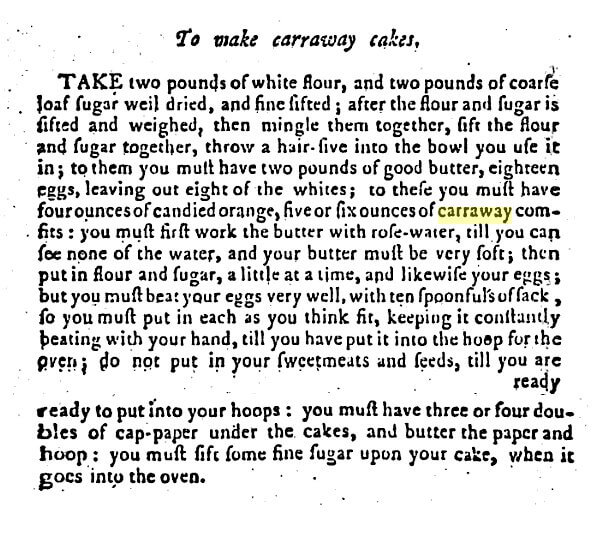 Carraway Brandy (thanks again to Mr DeM for the reference)

To Make Carraway Brandy…..
Steep an ounce of carraway-seeds and six ounces of sugar in a quart of brandy for nine days, and clear it off, it is a good cordial….