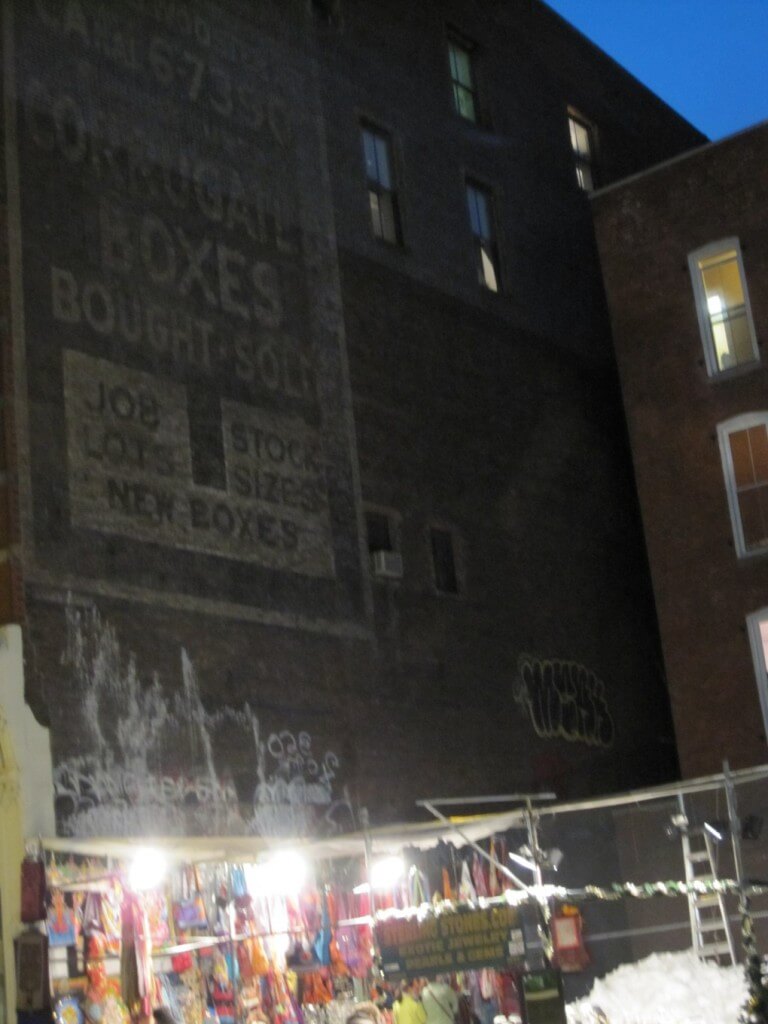 It’s something about the light of shops shining out onto the sidewalks, people wrapped in coats, the tall buildings above transformed into shadows, dotted with light. When I conjure the city in which I live, it’s at night.

Try listening to Coltrane’s Greensleeves while hurrying past others, huffing in mufflers and balancing packages. Tell me it isn’t an anthem for this city (or any Coltrane, for that matter). Yes, I know, there are crabs that gripe about those who listen to iPods while walking, you should listen to the city instead etc. (This is the same group that says “New York is so over” – see my post on New York Calling – and gets voicemail) But Walkmans and boom boxes came before, so layering on your music is a tradition. Go ahead, pipe in that Coltrane, or what have you.

Daytime is a little stark in the Big Apple. The cracks in the pavement are much harder. Strewn trash and lines on faces are exposed. We squint in the sunshine.

We come to New York for the day job (or promise of a day job). But night stretches out with possibility, time is suspended. Whereas smaller towns button up, New York keeps going. Night is close, and cozy. Night is the natural habitat of neon lights, may they be preserved. Look out at the lights in the apartment buildings in your street.  I always marvel at the number of lights that burn into the darkness on those early mornings when I can’t sleep. We are a city of nighttime thinkers, writers, artists.

Perhaps 40 years ago, New York night threatened. It cloaked desperation and provided opportunities for upturn, role reversal, want fulfilled through violent acts. But the photographic record shows a city of evening dwellers. We are going out, we are coming home, we are looking into the camera. Weegee, Berenice Abbott, Walker Evans, Sid Grossman, Alfred Stieglitz.

Our subway runs all night long, and is never empty. 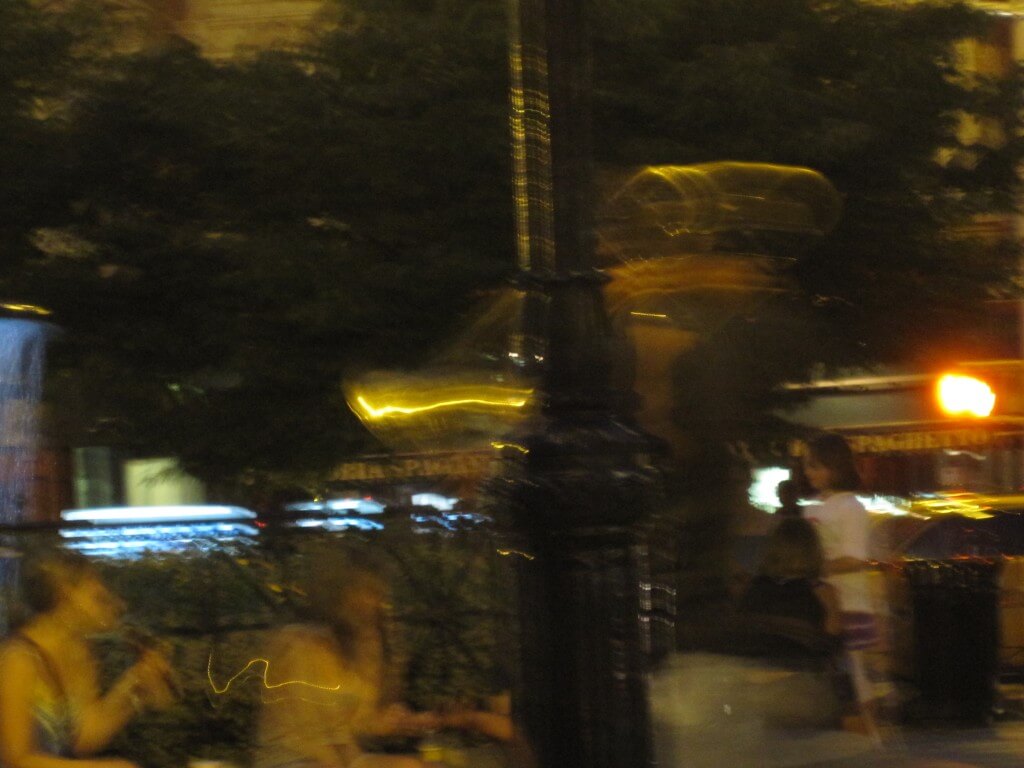