Has anyone else been outraged by the clips on WNYC when they ask people on the street “Who is Beethoven?” followed by soundbites of multiple people saying “a dog!” (see here for WQXR’s Beethoven Awareness Month program)

Last week’s work took me to Bonn, Germany. The city still has an old feel, receiving less bomb damage than many of its counterparts. The rule here is to be a slightly lesser city right next door to two cities of greater importance. 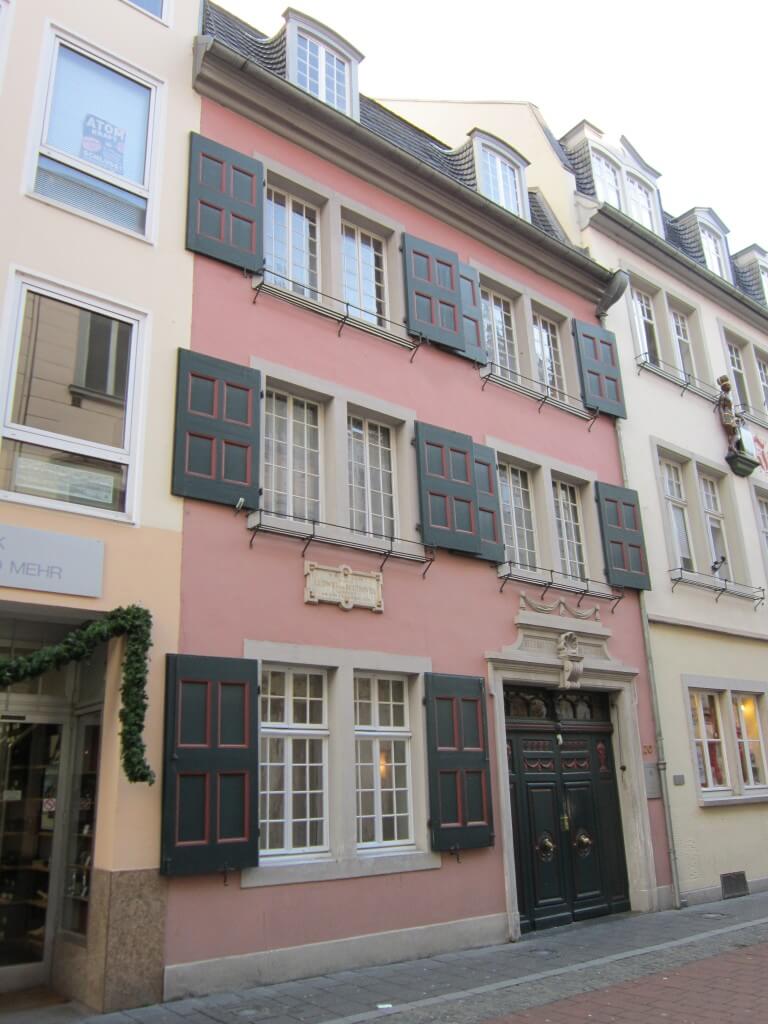 One of Bonn’s survivors is Beethoven’s birthplace, a worthwhile visit for those enamored with the composer and music. It’s a rather reasonable admission at 5€, so I didn’t try for my professional discount (it’s a perk of being a museum professional – my badge gets me free admission almost everywhere). I received a brochure in English, and then was left to my own devices. The desk attendant told me to stow my bag, but forgot to mention that I was free to explore the property. I attached myself to a German language tour, until I found a docent who indicated that I could walk around by myself. Alas, no photos allowed.

On first inspection, the house appears to be in good condition. The ground and second (first floor in Europe) floors are open for viewing. I would have enjoyed more historic house settings. Instead, the building is used as gallery space. Notable objects include Beethoven’s viola, ear trumpets, and pianos. One is Broadwood grand of the same era, but the other is Beethoven’s and they are placed snugly facing each other, as Beethoven had them arranged in his last residence. I learned that Beethoven started to go deaf as early as age 30, and considered all the music he created after that time. I also considered what a disaster I was in my college Music Theory class.

The English language materials glossed over a lot of history. Alas, my German is nearly non-existant. I thought that hanging with the German language tour might be fun – it wasn’t. I just became frustrated. On the ground floor, concerts on period instruments take place – that I would have enjoyed. I found myself wishing that the recorded music playing in that space was from those instruments, rather than from a modern piano.