My first thought when intercepting this recipe from The British Housewife by Martha Bradley (1756) was “who would think to ferment turnips?” Followed by, if turnips, then why not some other vegetable? Fermentation in turnip wine is aided through the added sugar. I searched for other turnip wine recipes, all of which use similar proportions of sugar to turnip juice. Some leave out the brandy, but add fresh lemon and orange juice.  Check out this ode-to-turnips website, www.turniprecipes.co.uk part of a series of websites from EatSeasonal.co.uk. Yep, you read it here.

There are a number of “eat seasonally” resources online, and the UK has some great offerings, including eatseasonably.co.uk , eattheseasons.co.uk , and in North America, eattheseasons.com. Lest you think growing season long past here’s a list of vegetables from eattheseasons.com a their peak now: broccoli, broccolini, brussels sprouts, butternut squash, celery root, collards, fennel, leeks, mache, potatoes (maincrop), pumpkin, rutabaga, salsify, sweet potatoes, sunchoke, and of course, turnips.

Let me know if anyone has tasted or made this. 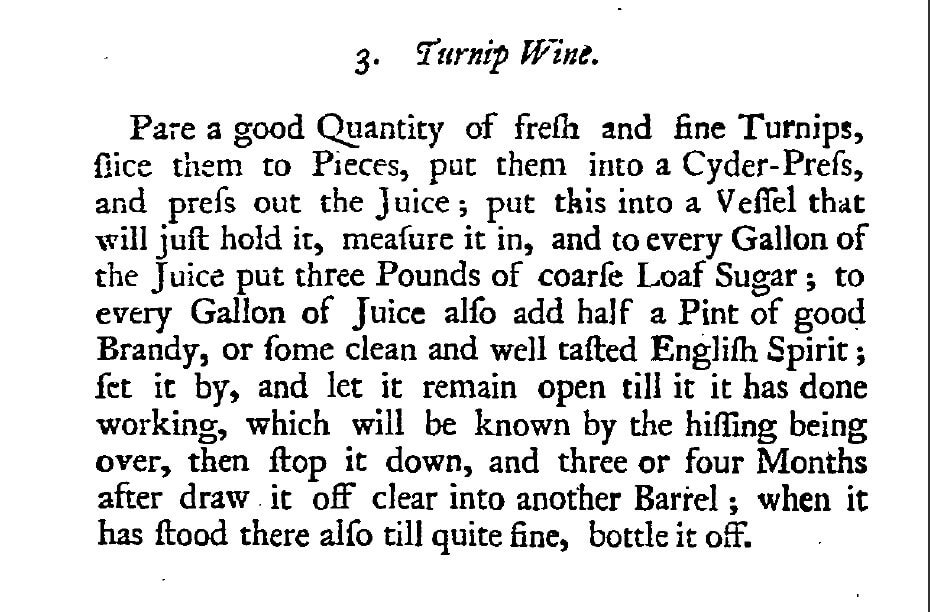