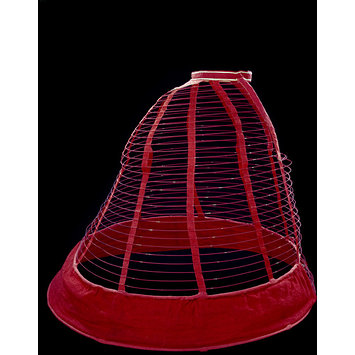 It was the 1850s. Skirts were big. Transportation, not so much. Prior to elevated railways, streetcars, and subways, mass transit meant the omnibus, a horse-drawn wagon, often enclosed.

But anyone who’s actually worn a hoop skirt to work on a regular basis (I did for work in my early 20s) knows that they aren’t quite as difficult to manage as the 19th century press and modern brides make them out to be. I drove a manual pick-up truck in mine. The tipped rings collapse on each other when one sits. Yes, it provides extra width to the sides, but not so much to the front. Crinolines dangling from the sides of omnibuses in photographs are obviously a farce – no woman is going to dig under her dress in public for the crinoline’s buckle at her waist, and then reverse the process after disembarking the omnibus. Fishing the crinoline up between underpetticoat and overpetticoat and dress skirt is nearly impossible in the privacy of one’s bedroom, let alone a fetid nineteenth-century London street. 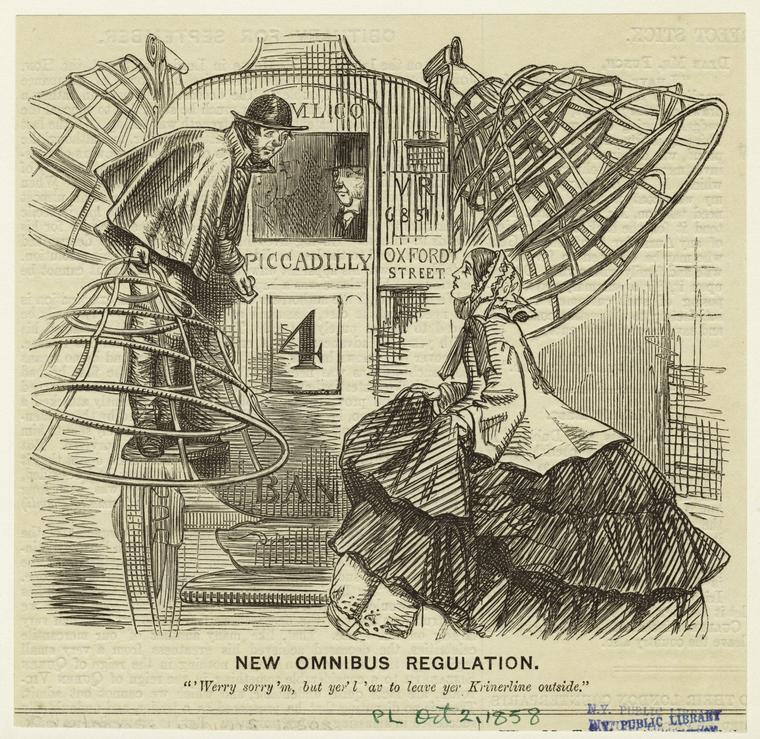