Convicts made up one of the significant immigrant populations to the American colonies in the eighteenth century. But try locating an image that says “convict” if you are preparing a presentation. This image from The Newgate Calendar, a tabloid-like publication about the goings on (read: executions and the like) at Newgate Prison, fit the bill. It depicts a crop of London criminals, convicted to Transportation, being walked through the streets on their way to ships bound for the American mid-Atlantic.

It was only when I enlarged it on the screen during a rehearsal for my talk at Williamsburg that I saw even more detail. The procession is shackled together at their necks and arms. The women, in whom I’m most interested, stand toward the back of the procession, or the left of the image. The artist depicted the defiant nature of one woman by having her assume an “arms akimbo” stance, with her hand on her hip. A possibly more repentant woman weeps into her apron.

Anybody have to work this weekend? 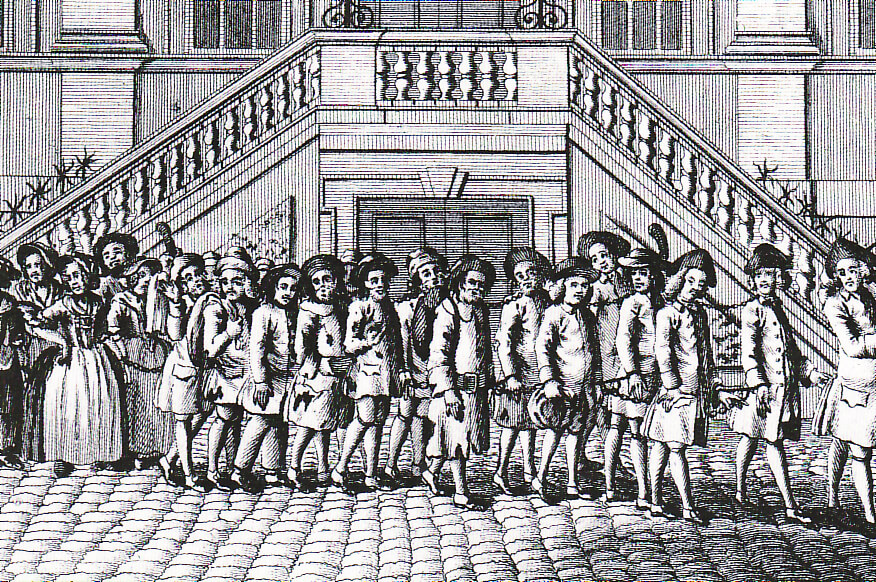