Philadelphia – it’s not all founding fathers and liberty bells.

I went to Philly as an adult for the first time in 2008. Gilded Age progress hangs in the air, the 19th century railroad baron, the masonry curlicue. I find it funny that the first thing that comes to mind when I think of Philadelphia is not the American Revolution. It’s sexy. If New York ever spits me out, Philadelphia! Here I come. The town is rich in texture, colonial push heightened by Victorian boom, all with a healthy dose of intellectual trimmings. Heady romance finds a happy home here, garnished lavishly with strong cocktails and throwback ice cream (check out Village Whiskey and Franklin Fountain). Get away from Independence Park, lurk on side streets, and conjure what has passed under your feet. 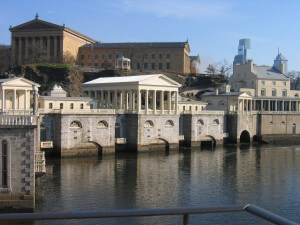 Fairmount Waterworks, below the Philadelphia Museum of Art

The Fairmount Water Works on the Schuylkill River was a technological masterpiece that brought clean water to the city for almost 90 years. The site was a popular attraction since its construction in the 1820s – I like the fact that Americans liked scientific and technological tourism even then. 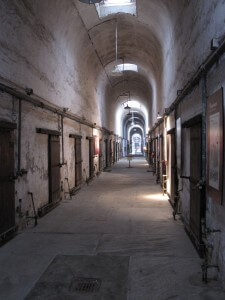 The radial plan, indoor plumbing, and solitary quarters of Eastern State Penitentiary was part of a radical idea to rehabilitate prisoners when it opened in 1829. At their website, information about the first prisoner is listed in the Timeline:

The last prisoners left Eastern State in 1971. Even if the advertising for this museum is a bit dramatic (mmm, read “hokey”), tours of the prison ruins are fantastic. The guide for the one hour tour I took in March of 2010 focused on history of prison reform and social history of rehabilitation. It’s a short walk from the Philadelphia Museum of Art, in a residential neighborhood with a few good restaurants.

And then there is lots of camera candy, around every corner… 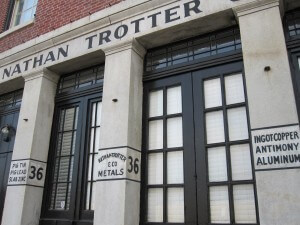 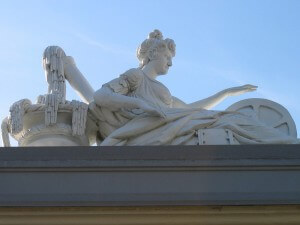