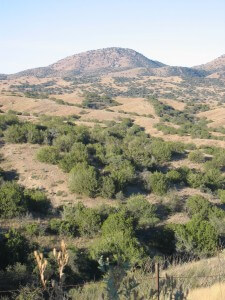 My great uncle started a cattle ranch near Sonoita, Arizona in 1952. Sonoita isn’t a town with one traffic light; it’s a town with no traffic lights. It’s located at the crossroads of AZ Routes 82 and 83  in Santa Cruz County, less than 35 miles from the border with Mexico.  After working as a truck driver in Maryland, an elk hunter in Wyoming, and running a chuck wagon-themed restaurant in California, he chose Sonoita for settling down.

About a mile from his ranch is  The Empire Ranch, a concern that operated from the 1860s until the 1980s. In 2000, 42,000 acres of the Empire Ranch were preserved as the Las Cienegas National Conservation Area. The Empire Ranch Foundation works with the Bureau of Land Management today to preserve the buildings and provide interpretive programming focused on area heritage. 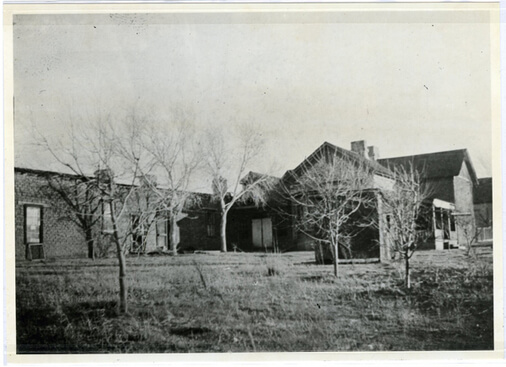 Some of the  ranch buildings preserved by the Empire Ranch Foundation date to the 1870s. They offer tours of the grounds, as well as trail rides and western art shows.

We attended a festival with my great uncle in October 2009.  Music played, the Foundation gave house tours, riders roped in the ring, and there were plenty of beans to be had for lunch  – it was all a good time to this niece from back East. Perhaps I would be tempted to say “yeehaw!” But the old time locals would probably just smirk, and carry on. Learn more about Sonoita and local humor in Betty Barr’s book Around Sonoita. It’s dedicated to my great uncle, a local patron and historian. 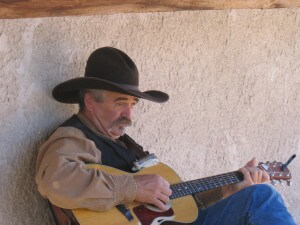