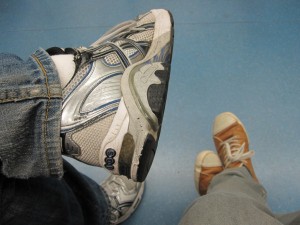 Who cares about the PATH? That’s Port Authority Trans Hudson trains to those of you not from the area. And I do. 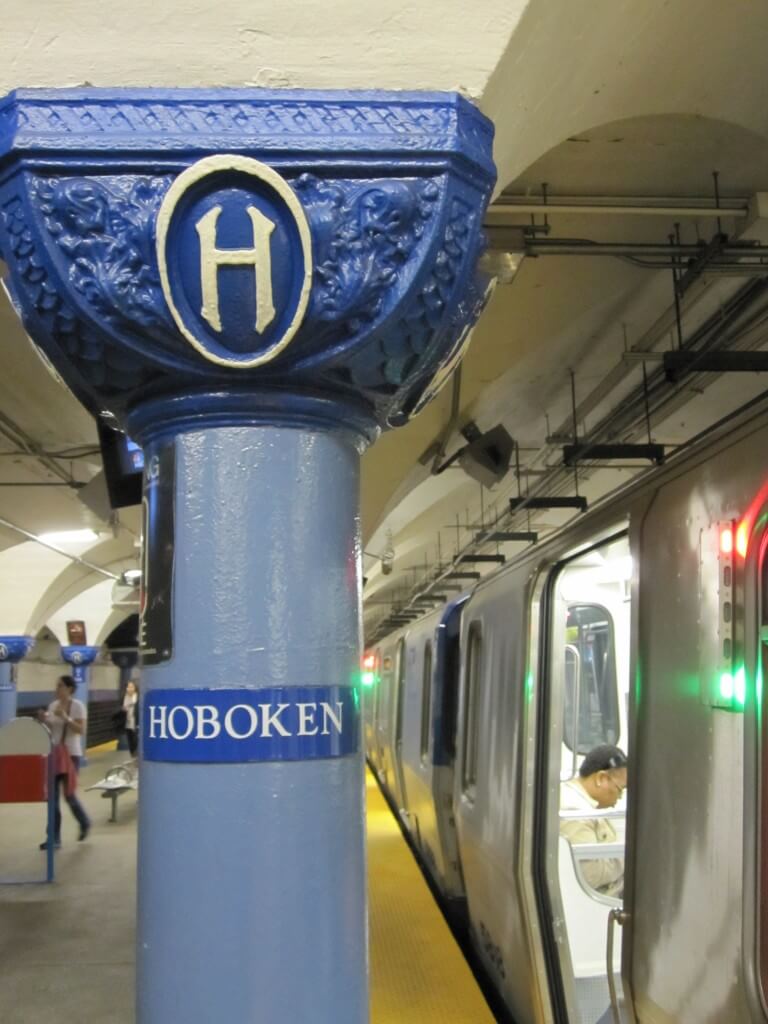 Dr. V and I got acquainted with the PATH route from 33rd St. to Hoboken thanks to our friends, Hoboken dwellers Mr. & Mrs. R, and the engaging and charming Baby R. I’ll admit, I’m not a PATH commuter. Within Manhattan I tend to use MTA subways ($2.25), but on the PATH $2 takes you as far as Newark – from there, you can hop an Amtrak train to anywhere.

Formerly known as the Hudson Tubes, PATH opened in 1908. Not only did PATH’s two lines shuttle New Jersey residents into the World Trade Center downtown, it also delivered them to shopping in Herald Square. But the Manhattan side of Hudson Tube operations  were hardly unique after the creation of the subways. What gave the Hudson Tubes their edge was their rail links to railroad terminals of the Pennsylvania, Erie, and Lackawanna Railroads. Some might say: Railroads are an idea gone by! They only work in the Northeast! But most of America used to have railroads, interurbans, and streetcars connecting towns and neighborhoods and even rural communities. Did you know that it used to be possible to hop local trolley systems from New York to Boston? Rail vs. auto: it depends how you want to spend your time – releasing and reapplying your brake, or directing your energies to reading, napping, conversation, or plain getting along with your neighbors. 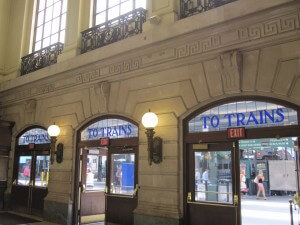 To The Trains! The last of the great PATH rail links, Lackawanna Terminal, Hoboken. RL Fifield, 2011.

Railroads have always been shaky business; many railroads boast cyclical histories of bankruptcy, reorganization, and retitling. After operating the Hudson Tubes for fifty-three years, the Hudson and Manhattan Railroad ceased operations. The Port Authority took up the torch and wrought a number of mind-numbing 1970s renovations. Early 20th century ornament was replaced with beige brick and stainless steel. While the commuter wants an efficient ride, perhaps we would value it more by not approaching every public works project with economical sterility. On the other hand, let’s work with what we still have. When things wear out, let’s recreate, rather than strip away to a bare minimum. Preserve the past, and we’ll enjoy the future more.

Check out more history of the Hudson Tubes here.