Stockholm: scary sandwiches, incredible museums, and the beautiful islands which serve as the city’s perch. 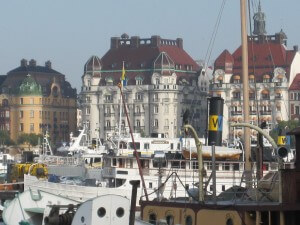 I visited Stockholm in September of 2011. Approximately fourteen islands make up Stockholm and the reflections off the water filled the autumn air with light. The two days I spent there were golden and warm – a passing Swede noted that this weather is called “Brit Summer” – this obviously can have nothing to do with the weather experienced during summer months in the UK. 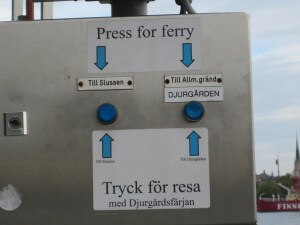 Often, the most direct route from point A to point B in Stockholm is across the water. The Hotel Skeppsholmen was much nicer than my usual business trip lodgings. The massive hulk of a building was a converted 17th century military barracks, located on a small island populated mostly with museums and park grounds. The front desk staff talked me into using the ferry at the end of the street to cross over to Djurgarden island. While I purchased my ticket from a machine on the dock, I completely failed at recognizing that the ferry would not pick me up unless I called it by signaling to it. This required pressing one of two buttons, which would flash lights at the top of the pole to inbound and outbound ferries. It didn’t help that when the ferry arrived, it was not marked, nor did the crew say where they were going. After a few quizzical looks from the ferry crews, I was on my way to Djurgarden, another island of museums and good times. 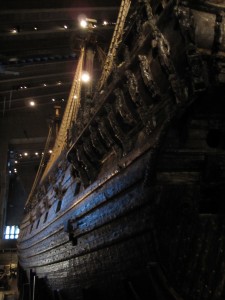 The Vasa Museet. The museum was purpose built to house the ship and conservation functions, including ceiling mounted cranes to move heavy objects, such as cannon. RL Fifield photo, 2011.

I wanted to visit the Vasa Museum… and SKANSEN. My museum career began as a living history interpreter, so visiting Skansen is sort of a pilgrimage related to my craft. The Vasa Museet is built around the Vasa, a warship built in 1628 that sank in Stockholm harbor on her maiden voyage. She was raised  in 1961 with her contents intact and conservators have been working on her ever since. Waterlogged materials quickly deteriorate after exposure to air: they crack as they dry and are good environments for microbes to thrive. The ship has since been permeated with polyethylene glycol to counteract deterioration – indeed, the project has probably been a boon for the PEG industry. The artifacts recovered from the Vasa are amazing, including pristine boots, clothing, and personal artifacts – the material culture of the lesser sort that would otherwise be lost. 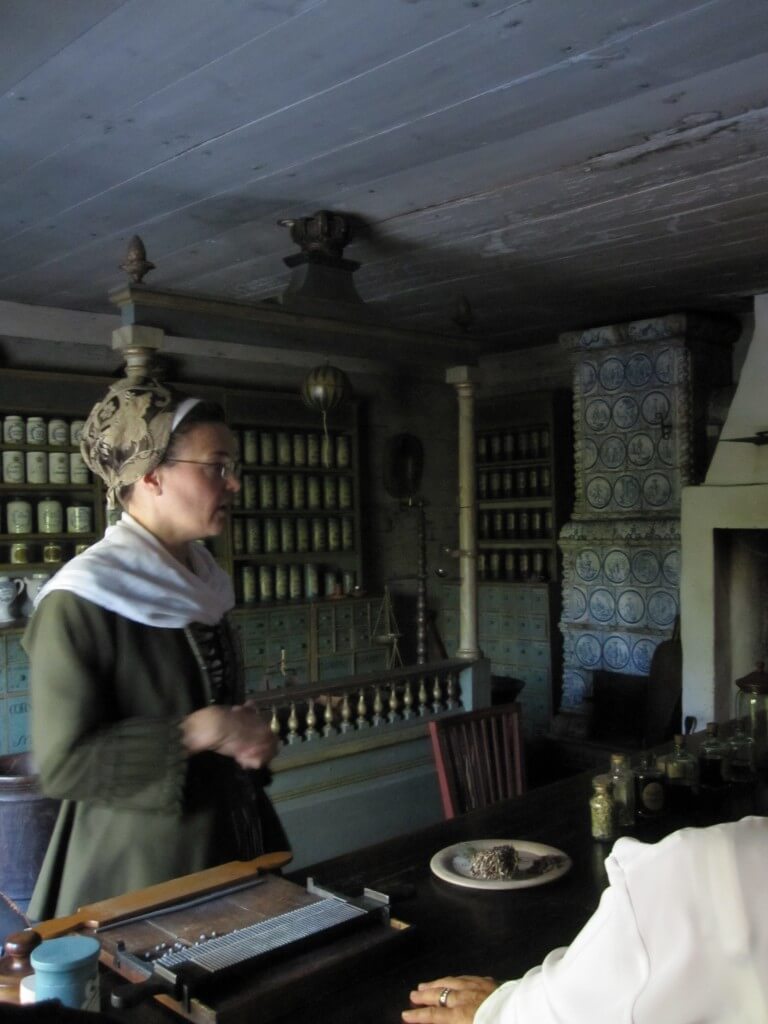 Skansen, established in 1891 by Artur Hazelius,  is the first living history museum in the world.  Its history is part of every museum studies curriculum. Historic buildings from all over Sweden were moved to the property in order to represent regional traditions. The historic entrance to the park, with ticket booths and turnstiles, makes you believe you are entering an amusement park from the 1920s, but from there, it’s interpretation and historic preservation that are the main attractions, mixed in with a zoo of native species. 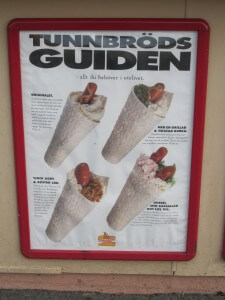 And while I enjoyed fried squid tenticles elongated into elegant tendrils at Mathias Dalgren’s Matbaren and the traditional pork knuckle and mashed swedes at Pelikan, I did not try the streetfood. Tunnbrodrulles are full of things that should not go together: sausage, lettuce, mashed potatoes, shrimp salad, relish, onion, tomato, ketchup, mustard, roast pork, and I feel like I’m forgetting something. I still feel a bit conflicted about skipping that experience.