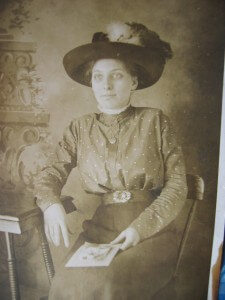 Every Thanksgiving and Christmas is marked by my great grandmother Winifred’s potato rolls. For those of us who grew up in the mid-Atlantic, these are not the same as those squishy yellow Martin’s potato rolls. They are white yeast rolls, made with mashed potatoes. My great grandmother was known as a baker par excellence, and part of her and her mother’s regular routine as farm wives was to bake biscuits each morning. My dad, her grandson-in-law, met her when she was in her when she was in her late 70s, and remembers her as exceedingly gracious and the alchemist of one darn good apple pie. She passed in 1984, when I was 8.

Fifty Years in a Maryland Kitchen (1873) has several recipes for fostering yeast from potatoes, including potato and hops mixtures, on page 231. One of the recipes indicates that one pound of it makes eighteen loaves of bread. Here is another recipe:

Two medium-sized potatoes, boiled soft. When lukewarm, put them through a colander, and mix them with two table-spoons of flour, one table-spoon of brown or white sugar, and one and a half tea-spoonfuls of salt. Stir in three pints of boiling water. When cool, stir in a gill of yeast.

Here is a modern recipe for the rolls, probably from The Baltimore Sun in the 1970s. Great Grand Mom Mom’s recipe was not exactly kept, but later in life she indicated that this newspaper recipe was “close” and my mother has made them this way ever since. Save part of the dough to roll out, sprinkle with butter, brown sugar, and pecans, roll up and cut crosswise, laying the slices in a bakepan for sticky buns on Christmas morning. Be sure to put more butter, nuts, and sugar in the pan before laying in the slices.

Prepare potatoes according to directions on package; set aside. In a large bowl mix well two cups flour and yeast. Mix potatoes with flour. Then in saucepan place milk, sugar, shortening, and salt. Warm mixture, stirring constantly, to melt shortening. add this to flour and yeast and potatoes. Mix well. Then add eggs. Stir or beat at low speed. Add enough flour to make a soft dough. Place dough in greased bowl, cover and refrigerate several hours or even a week. Remove dough and divide in half; shape into rolls. Place in greased pan, cover and let rise until almost double. Bake at 375 degrees for 25 to 30 minutes. Remaining dough keeps well in refrigerator for several days.

My great grandmother prepared the rolls for my great aunt’s wedding in 1947. Dishes of the rolls are seen in the below photograph, sitting at both ends of the table. Winifred is seated in the print dress nearest the bride. 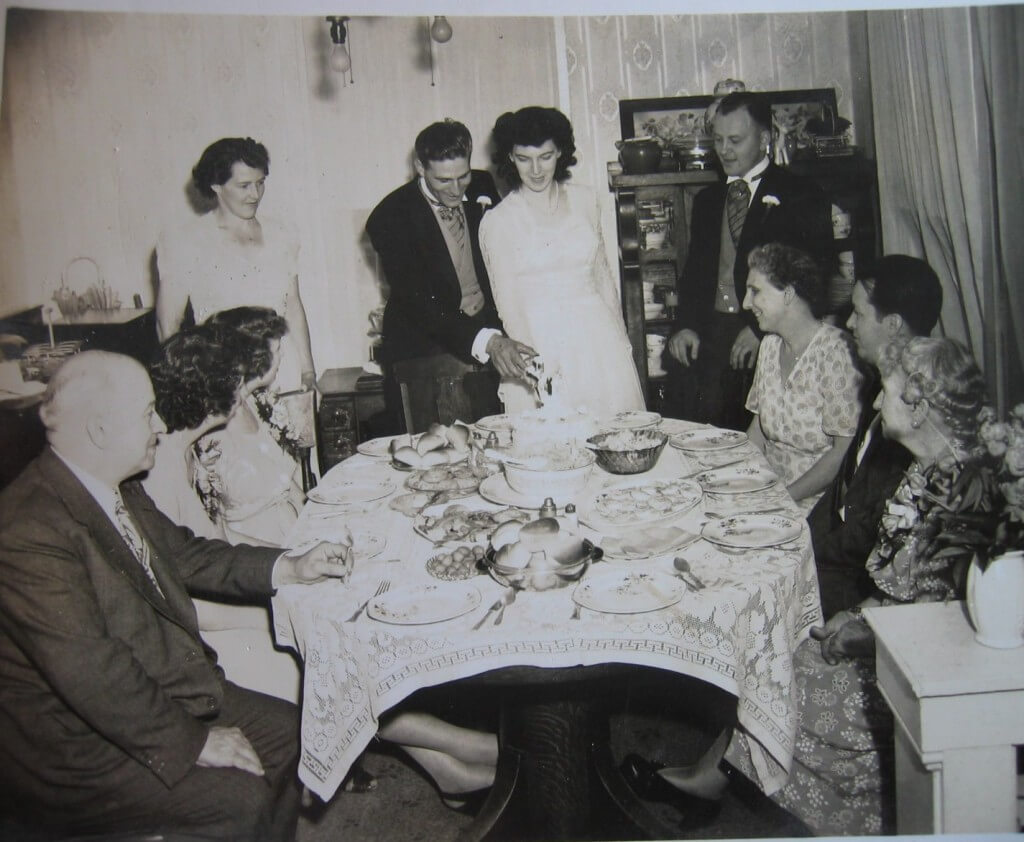