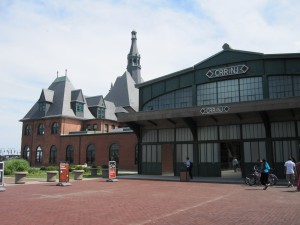 Staring out over New York Harbor, the Central Railroad of New Jersey’s (CRRNJ) Communipaw Terminal was an early and major powerhouse of New York City transportation and where two thirds of immigrants landed after their stop at Ellis Island. The CRRNJ began operations among the first of American rail companies, in 1839.The station was built in 1889 to replace an earlier 1864 station. The train shed was built in 1914 to serve the 60,000 commuters who used this station daily at its peak. 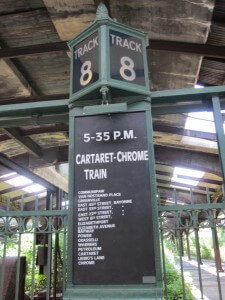 Today the station is a National Park Service site, Liberty State Park and home to the CRRNJ’s Communipaw Terminal, including one of the few European style train sheds. Entrance to the shed is now gated off for safety reasons, but the names of trains still proudly head each track. Service to this station ceased in 1967, and the CRRNJ conveyed its holdings to Conrail in 1976. 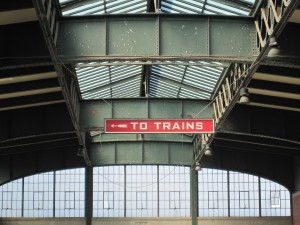 The train shed was just listed on Preservation New Jersey’s 10 Most Endangered Historic Places in New Jersey 2012 list. Once the site of frantic exchange between trains under the shed and ferries at the waterfront, the shed is now silent and overgrown with greenery. The station building itself is preserved by the National Park Service. But probably sensing little return on the preservation of the expansive train shed, the structure is in active decay. Earlier estimates for restoration of the train shed were around $50 million. Visit Preservation New Jersey to read about plans and ideas for preservation of the train shed, including rail exhibits, and other activities that could take place underneath the a renovated shed canopy, capitalizing on rail heritage. 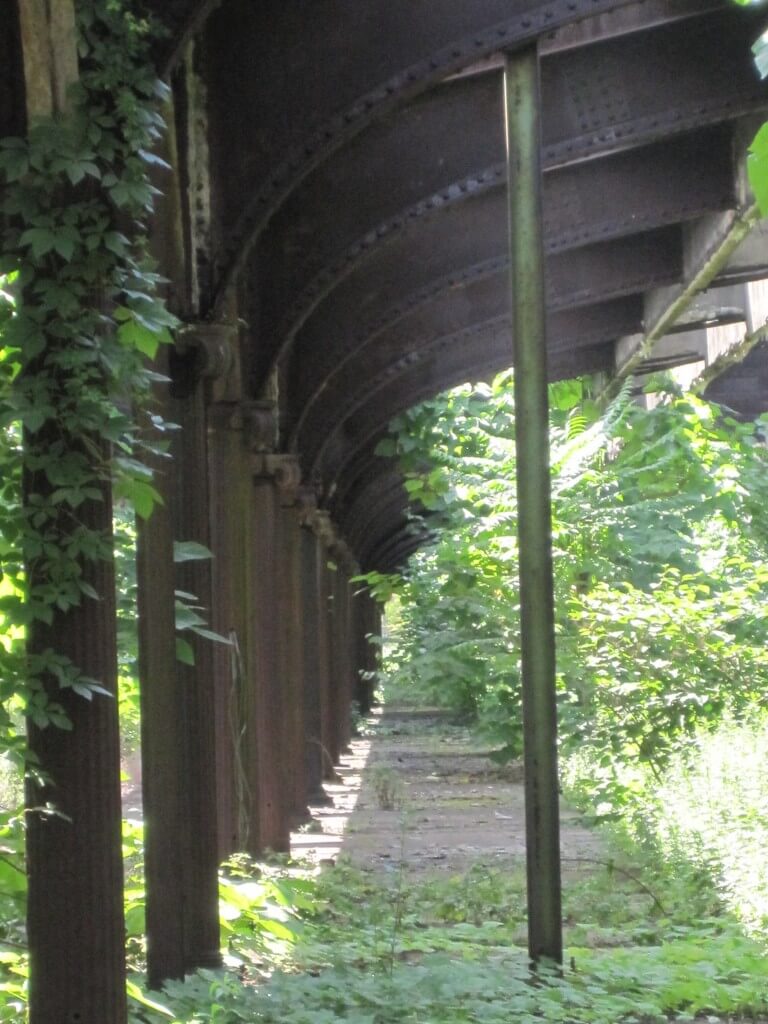