New: see the full article online here. If it doesn’t come up, go to the home page and search again. 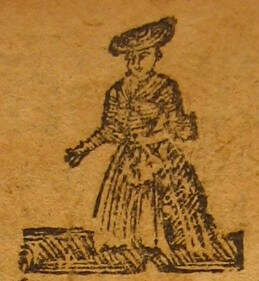 I’ve been following Eleanor Ferrell began during my work with the Women’s Runaway Clothing Database. This project catalogs 1,000 runaway indentured servants and enslaved women from 1750-1790 and their over 6,000 garments. In combing through almost 100 different eighteenth century newspapers to populate the database, I found approximately forty women who ran away more than once. Even with searchable digitized databases, without cataloging the individual women, finding these multiple elopements could rely only on sheer chance.

Eleanor ran away at least six times, for which I’ve found four advertisements.  Below is a map that tracks where Eleanor lived during her servitude and the dates of her elopements, built from information given in advertisements for her return. 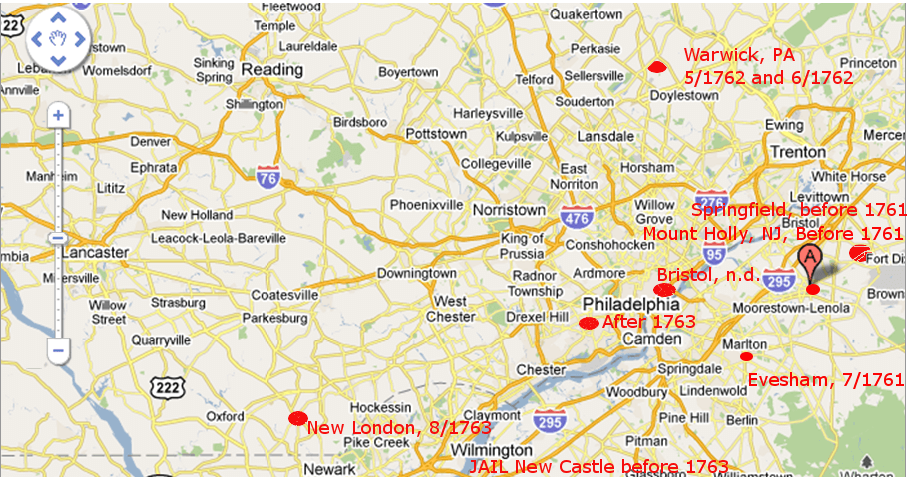 The table below compares the garments she wore for the various elopements. The garments in bold indicate that these might be the same garment still in Eleanor’s possession during different elopements. Women who ran away repeatedly allow us to study replacement of clothing among the working class (including procurement through theft) as well as what was worn during different seasons. The texts “had on…” below indicate what language was used in the runaway advertisement, perhaps underlining the difference between items she may have taken and those that may have belonged to Eleanor.