Home→Architecture→Transportation Tuesday: The Bridges of Cleveland 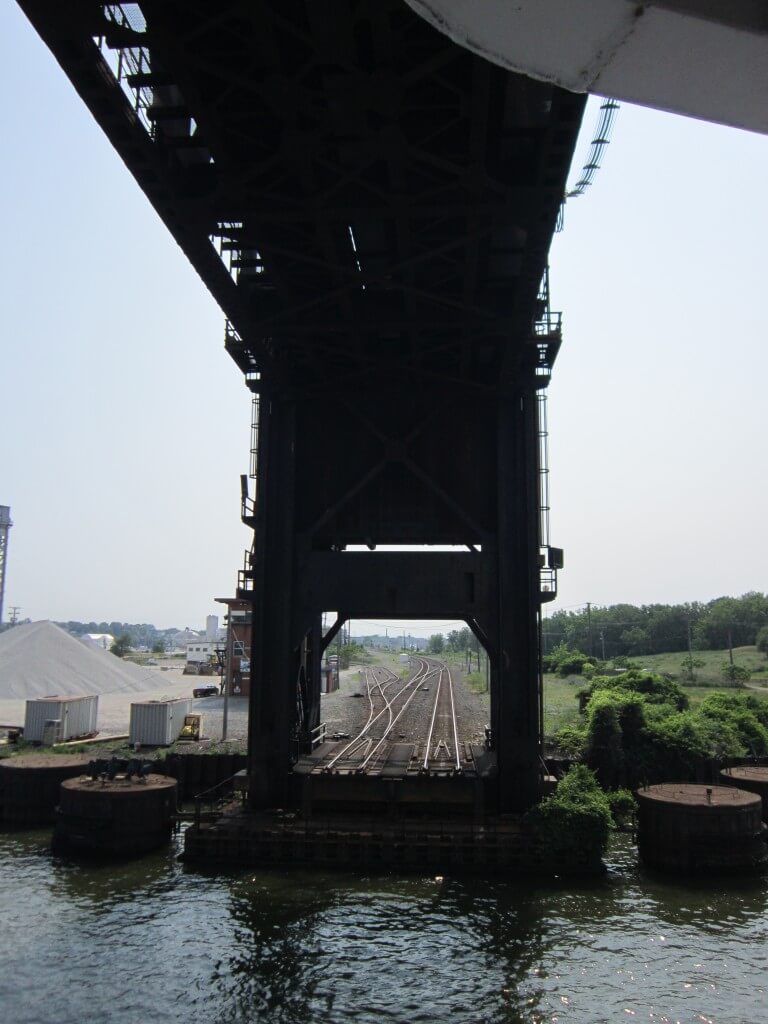 Passing under the lift bridge serving the Norfolk & Southern Railroad at the mouth of the Cuyahoga River. RL Fifield, 2012.

There’s a reason they call it the City of Bridges.

The winding Cuyahoga River hems in the island on which Cleveland was founded. As the industrial mecca grew, so did the need to feed the city with rails and roads. All of these bridges had to give way to ships on the Cuyahoga. This has left the city with a large grouping of active vertical lift and turntable bridges.

You can view these bridges in action by taking a 2 hour cruise offered by the Good Time III, which leaves from behind the Rock & Roll Hall of Fame, on Lake Erie. 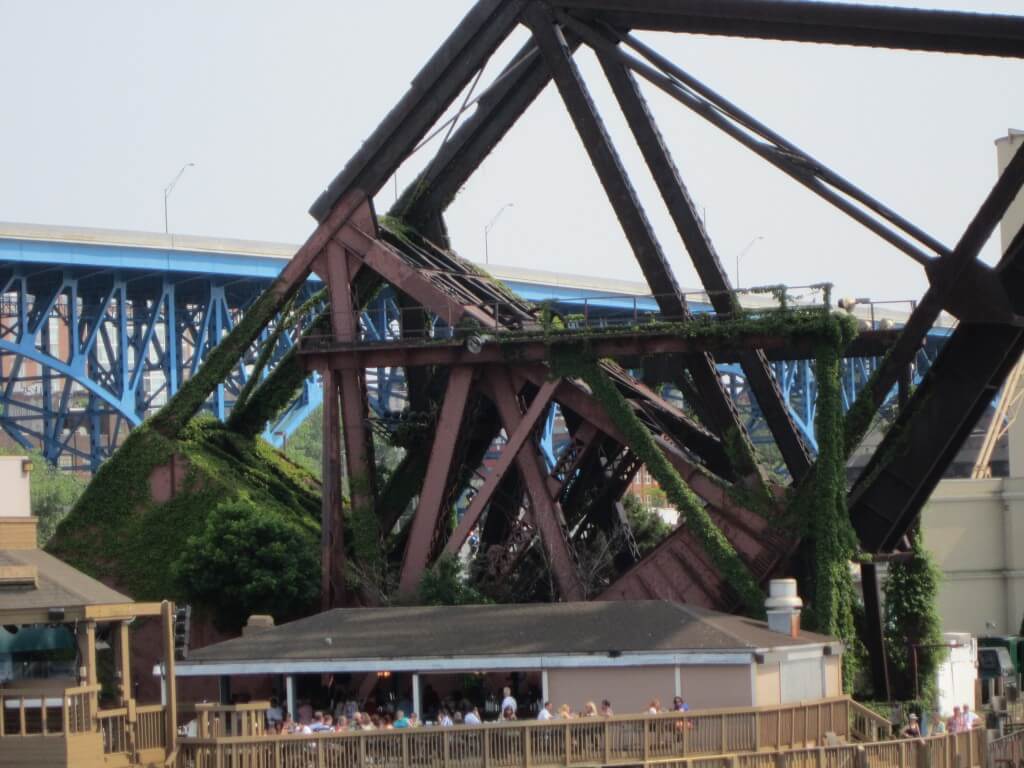 Two jackknife lift bridges serving defunct rails (including the Baltimore & Ohio) have been left open as a sort of urban sculpture. The area where the Cuyahoga winds is called The Flats. Restaurants and condominiums are lining the river in this area (hopefully with some sort of flooding mitigation plan!).

While we were waiting for a Norfolk & Southern train to cross a lift bridge, several adults and kids grumbled. A woman said “why don’t they make the train stop?” At least a few more people were able to observe the technology that made Cleveland happen. 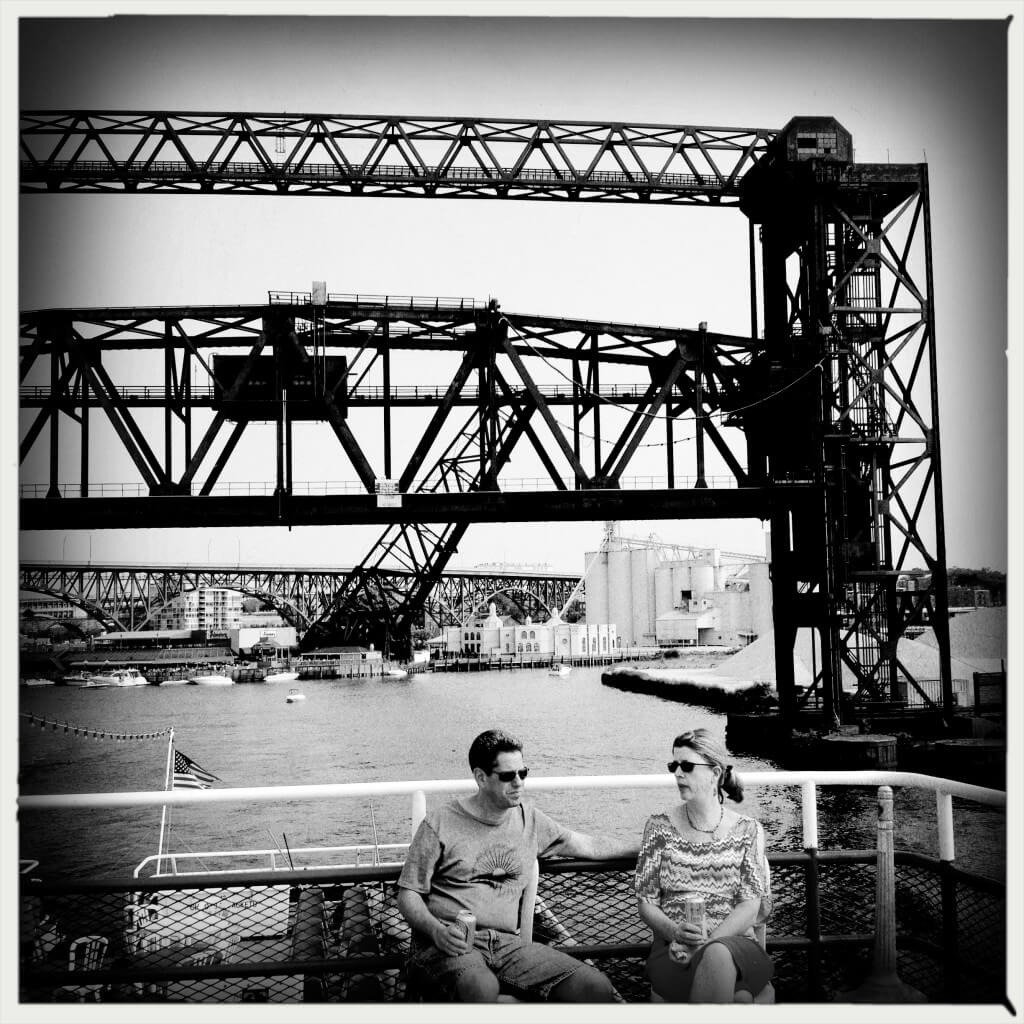