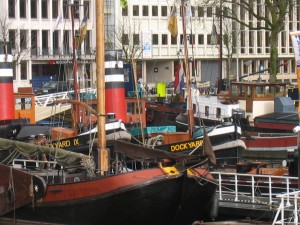 When you mention Rotterdam to so many Europeans, they sigh. Ms. A’s Dutch friend remarked “Well, Rotterdam isn’t a very nice city.” But I don’t agree. The streets are full of people at most hours, it’s lively, the trams and museums are full, the restaurants busy, and the kids in the pub across the street from my hotel kept me up most nights. Something utterly destroyed has a choice: rebuild, or let go. Poor Rotterdam? I don’t see it. 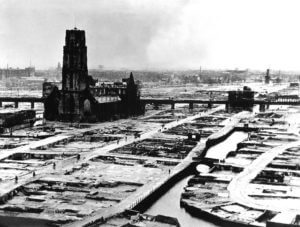 Sure, the tangible history of the city was nearly obliterated, and needlessly – the German Luftwaffe missed communications that the Dutch government had capitulated, and instead, leveled the city on 14 May 1940. Rotterdam was home to medieval architecture, of which little remains. 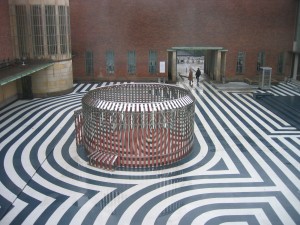 Sometimes my work takes me to places one wouldn’t pick automatically for vacation. I found Rotterdam vibrant and its streets full of diversity. Sure, much of its current architecture dates from the 1950s. But the waterfront is beautiful. Art that speaks to peace can be found in unexpected places. The Museum Boijmans von Beuningen restores the senses. The trams remind you that you are in Europe – even if I never quite figured Rotterdam’s brand of stripkart validation. 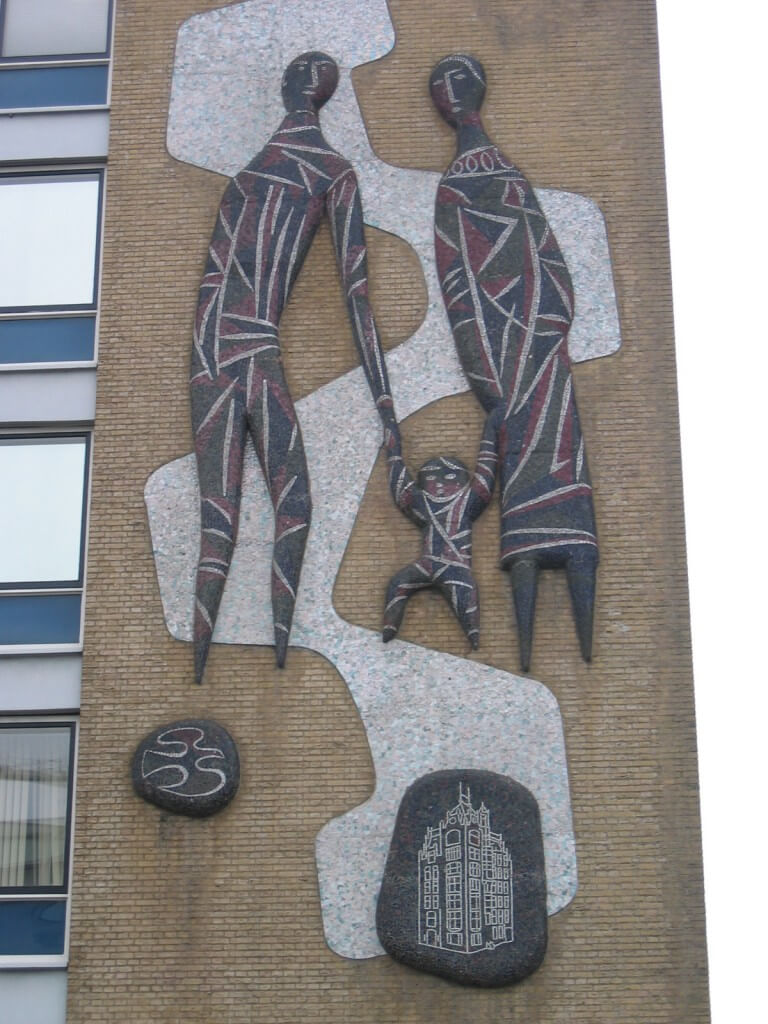 A memorial to old Rotterdam and peace. While walking through Rotterdam. RL Fifield, 2009.

But you do look at the town with somewhat of a different eye? Is this building a survivor? Was it built after the war? Pedestrian malls which took the US by storm in the 1950s and 1960s thrive here in Rotterdam, where in the US they caused adjacent businesses to wither (perhaps this is a statement of American attachment to automobiles). You are impressed by the city’s endurance.

And of course, there was a Dutch grocery store next to my modern and streamlined hotel. The Dutch have the best grocery stores; they in themselves serve as a cultural heritage center. Besides, they have stroopwafels and other sweet delights.

From my travel journal:

The running joke in Netherlands seems to be “Where’s the Post Office?” Nobody seems to know where it is. Or they throw up their hands, and say that they’ve been closed and replaced with other things. I spent 1.5 hours trudging around central Rotterdam, looking for a post office. I even approached an old building that read “Het Posthuis.” At least I think this is Dutch for Post Office. I asked a mail carrier where there might be a post office (he didn’t know). Some girls at the supermarket were going to sell me some postcard stamps, but finding they had none, didn’t know where to procure any more either. It is a nation without stamps or mail, for that matter. Finally, the woman at the Pathe movie theater directed me back to the Hilton (where I started my foray into Rotterdam) and they directed me to TNT, which is the Netherlands post office. Lo and behold, there’s one about 1 block from my hotel in the opposite direction. That and the girlie bars (Girls. Shows. Relax. Friends.), the Turkish kebab houses, the Asian groceries, and who knows what, all in charming 19th century canal houses. 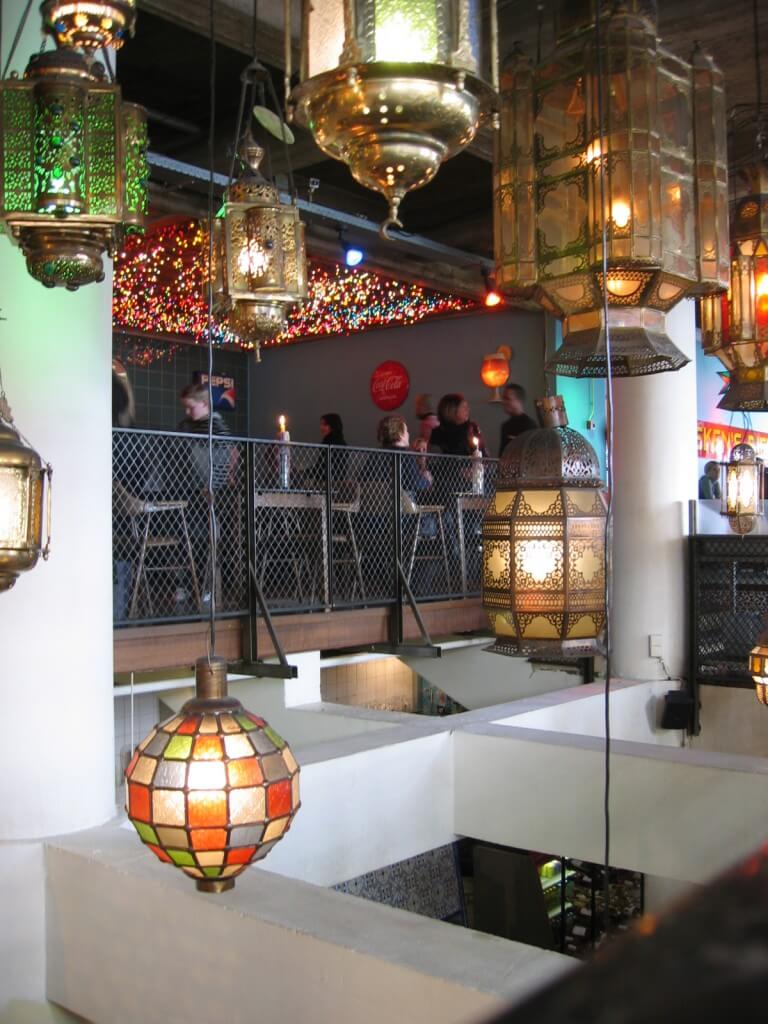