Transit and Museums? Two of my loves rolled up into one.

Visitors to New York want to see the Empire State Building, Times Square, and the Statue of Liberty. I try to coax them off the beaten path.

The New York Transit Museum is as much a social history museum as it is one of technology. The creation of public transportation was a catylyst for growth – without it, the city jams up. It also gave people the opportunity to spread out a bit: much of the upper reaches of Manhattan, Queens, and outer reaches of Brooklyn experience unprecedented building booms after the subway was built. It allowed people to work in one place, and come home somewhere a little less congested. 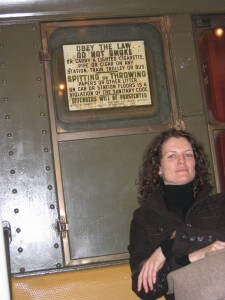 The Transit Museum is housed in a decommissioned, stub-end subway station in Brooklyn, near the Borough Hall station. On the Mezzanine floor are exhibits about the construction of the station, as well as a changing exhibition space. There’s also a giddy chronology of turnstiles laid out on the floor. Below, the platform level stores a history of public transit technology, from cars that ran on the elevated railways to specially painted cars for the World’s Fair. The Transit Museum hosts tours to Coney Island and other destinations using their old equipment. See my post on the December Vintage Subway Ride. 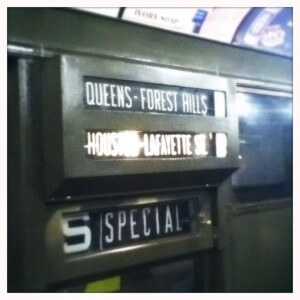