With all the cocktail goings-on currently, it’s worth a look back toward the 18th century processes being rediscovered and further riffed upon today. New York’s Vaux Hall Gardens were once located near Astor Place. 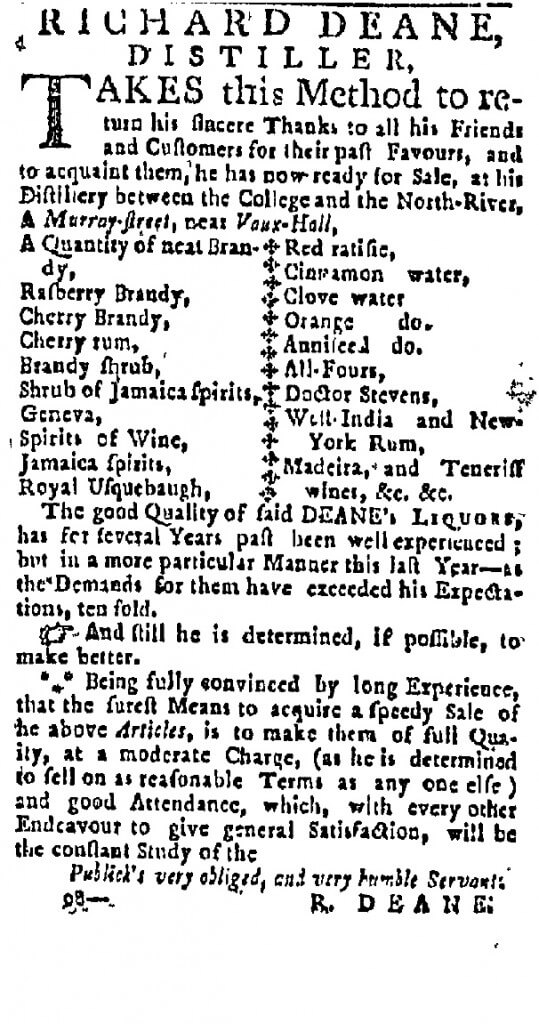 I did find this recipe for Royal Usquebaugh at Historic Food.com.

You must take Raisins stoned two Pounds, Figs sliced half a Pound, Cinnamon two Ounces and a half, Nutmegs one ounce, cloves half an Ounce, Mace half an Ounce, Liquorice three Ounces, Saffron half an ounce; bruise the Spices, slice the Liquorice, etc. and pull the Saffron in Pieces, and infuse them all in a Gallon of the best Brandy for seven or eight Days, ‘till the whole Virtues be extractedfrom them; then filter them, putting thereto a Quart of Canary wine, and half a Dram of Essence of Ambergrease, and 12 Leaves of Gold broken in Pieces, which reserve for Use.