It’s not all sauerbraten and rouladen. I was pleasantly surprised by incredible salads, grilled fish, and lots of mushrooms while in Germany. 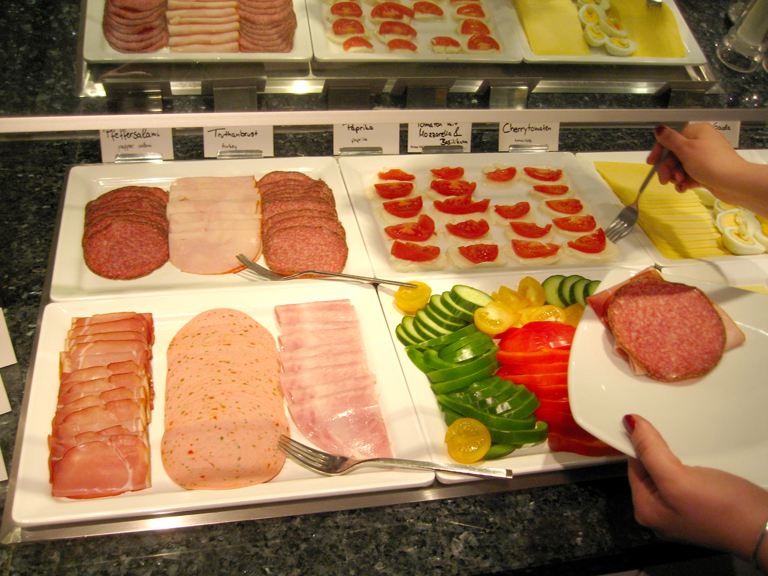 Let’s start with breakfast. I love European hotel breakfast (most of them). Most decent hotels have a pretty good spread at breakfast, and in Germany, that means aufschnitt – that would be lunchmeat and sausage to Americans. I love it. I’m not a great fan of sweet and bland in the morning, so I was thrilled to find smoked salmon, sausages and soft cheeses, rounded out with fruit, six kinds of granola, juice, and fantastic coffee. 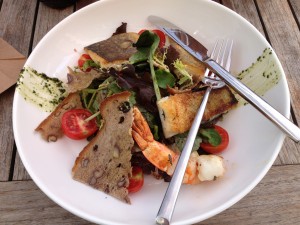 From the cafe at K21 Art Museum, Dusseldorf.

and octopus and squid the next. 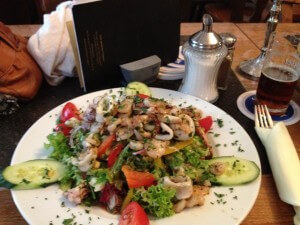 At the Golden Unicorn, Dusseldorf.

I did try out some heavier fare. At Brauerie Peters in the Aldermarkt in Cologne they had several mushroom dishes. After consulting the English menu and pointing out what I wanted in the German menu, a plate of slightly sweet dumpings with salty bits of cured ham within, draped in a chanterelle sauce, arrived at my table. (It turns out that Germans consume the most mushrooms per capita in the world, read here). And of course, there was Alt beer in Dusseldorf, and Kolsch in Cologne. 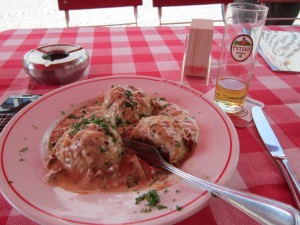 Bakeries seem to be on every corner. My friend, Ms. S, hails from a town just across the river from Dusseldorf and I’ve heard her bemoan the lack of German bakeries in NYC.

This plum kuchen is for her. 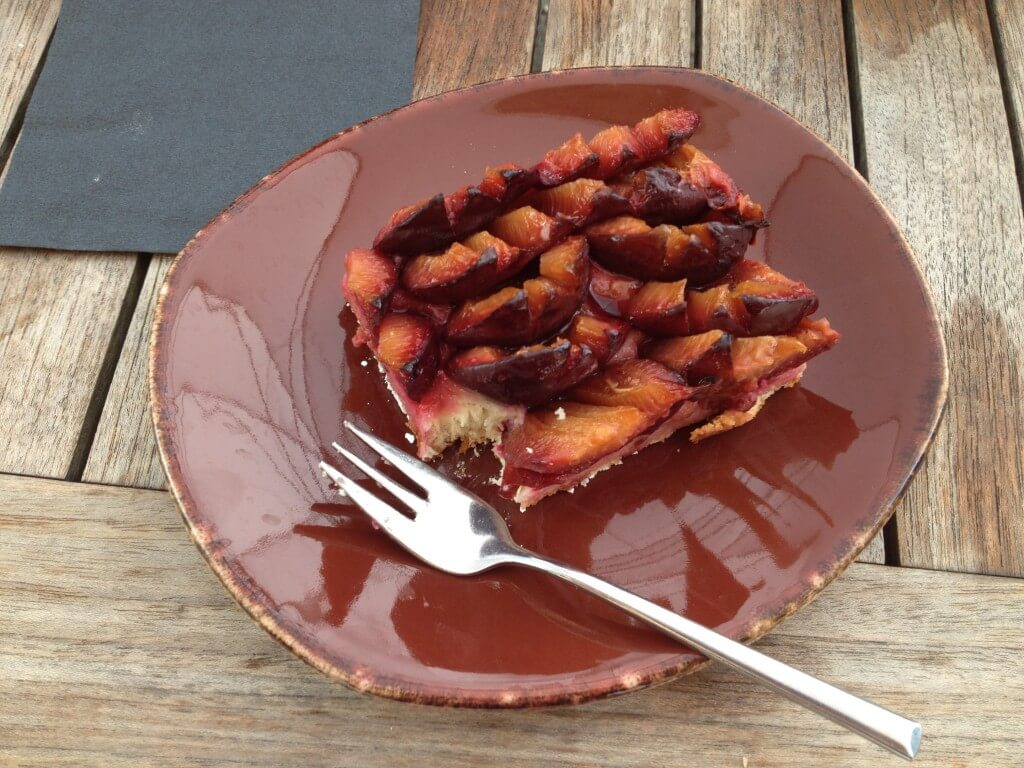 Plum kuchen at the cafe at K21.