Home→Architecture→Transit Tuesday: Rail – Stories of Our Demise Are Greatly Exaggerated

Call me a dreamer. A romantic. Impractical. Head in the clouds. One of those city folk (that’s hilarious, you should see where I grew up).

Trains will become more important, even necessary, in the near future for transportation. 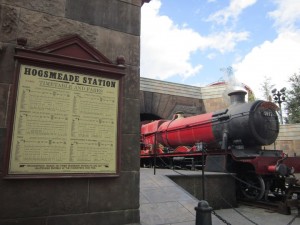 I recently visited Universal Studio’s Islands of Adventure with Dr. V. By far, the most busy part of the park was the Harry Potter section, with it’s wobbly roofs, token castle, and shops selling magic wands. And next to the entrance to the Dueling Dragons roller coasters was the Hogwarts Express. A succession of park-goers lined up for their photograph with the steam engine. Some of the most popular trains currently appear to be rooted in fantasy, such as Thomas the Tank Engine and the Polar Express. 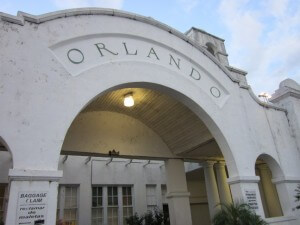 But how many families direct their kids’ fascination with trains into taking a trip via Amtrak? Why do we continue to be fascinated with technology first successful in 1804 and perfected by the streamliners of the early 20th century? We don’t seem to feel the same way about stagecoaches. The truth is that when I geek out about trains in front of many people, they say that they would take the train to commute, if it serviced their town.

Trains are not just a viable current option for commuters travelling into cities. Automobiles, while starring in the American Dream along with the two chickens in every pot, haven’t been keeping up their end of the bargain. The car has been the excuse for the crafting of diffuse sprawl of suburbs and industrial parks that require cars for workers and residents to reach them for over seventy years. The atrophy of public transportation under the era of the automobile has left people with few options now that the cost of gasoline has reached nearly $4 a gallon.Traffic jams that double travel time on Sunday evenings in the Washington area. The bottleneck at the GWB. Crumbling roads. Health crises because Americans spend more time behind the wheel rather than walking. The car isn’t quite the goose laying golden eggs anymore.

Conservatives, especially those linked to oil and automotive interests, have little to gain by supporting public transportation. They themselves don’t need it, nor do many of their buddies. They initiated the takeover of public transportation by getting in bed with General Motors Bus Division in the 1930s, sending many public-funded streetcar systems to the dump so they could be replaced with busses (read more here and here). George Will noted in a frankly batty commentary that “the real reason for progressives’ passion for trains is their goal of diminishing Americans’ individualism in order to make them more amenable to collectivism.” (Newsweek, “High Speed to Insolvency: Why Liberals Love Trains,” Feb. 27, 2011). Whereas Will sees groups of people riding together to be socialist, I in turn see the forced requirement to purchase an automobile in order to enjoy many public works projects (such as the new Tappan Zee Bridge, before the public transit option was saved) to be worse. Even if you don’t buy a vehicle, your taxes still have to pay for that bridge you can’t use. I saw George Will arriving at Union Station in DC a few years back – I’m pretty sure he didn’t arrive on Bolt Bus.

Chris Christie cancelled the ARC tunnel, a new set of tunnels that would increase capacity above the two old Pennsylvania Station tunnels built in 1910. Right after the cancellation, I was riding on the NJ Turnpike (which I do rarely), and saw a reason for the cancellation: thousands of trees lay felled beside the roadway as part of a widening project. When signal failures caused delays last week into and out of New York City, passengers griped at Amtrak, who controls repairs to the trackage. But their blame is misplaced. Conservative politicians stonewall not only investment in public transportation, but in job-creating infrastructure improvements. They wring their hands to create jobs, but not if it is for public transportation, which leads to nose wrinkling. Amtrak notes a 44% increase in ridership (press release here) from FY 2002 to FY 2011, as well as record monthly records this year. Commuter rail around the nation has done the same. As ridership swells on trains around the area, the government must fund upgrades to the infrastructure of the public’s selected form of transportation. Airlines are shrinking by the day, and as fuel costs soar, they are collapsing under their own weight (not unlike the end of the privatized railroads – what’s next?). Towns cut off from regional air and rail service will be limited to people reaching them by car. And as gas prices rise, it will take more and more of a reason for people to make that effort. Talk about atrophy.

I don’t work in transportation, nor am I one of those loveable geeks that can recognize a 4-8-2 Baldwin Mountain Locomotive. I was born after the creation of Amtrak. I did not grow up next to a railyard, waving at the engineers. I’m not an economic historian, nor am I a transportation analyst. But I am a user and know that for the country to be successful, we need to be able to get around. And I LIKE taking the train. I do other things. I am productive – time on the train is hardly ever wasted. I am not spending that time driving badly, tiredly, or distractedly, like many fellow drivers.

Ridership is surging. The people have spoken, with their train tickets. 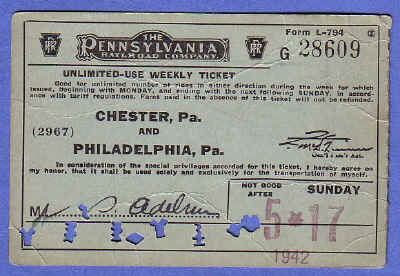