On the top of my list of cool things to do in New York City: visit City Hall Station, the abandoned star of the New York city subway system.

Opened in 1904, the one way loop station’s design and close proximity to the Brooklyn Bridge station doomed it for obsolescence from the beginning. It was closed in December, 1945. Today, it’s used to turn around downtown 6 trains and deposit them back on the uptown bound local track. 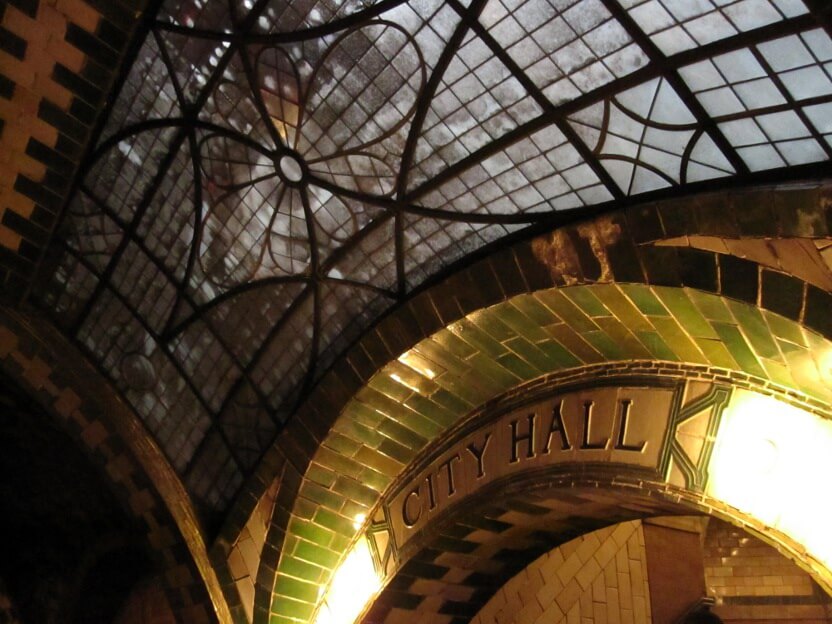 You can tour the station by joining the New York Transit Museum and taking one of their special member tours – the next one is November 4. Joining the Transit Museum is a worthwhile thing to do, but if you want to just see the station, you can stay on the downtown 6 train while it turns around through City Hall station.