Work took me kicking and screaming to Ottawa this week. Don’t get me wrong, I’m a big fan of Canada. It was just a chock a block week and I managed to miss being in-country for a presidential election again. 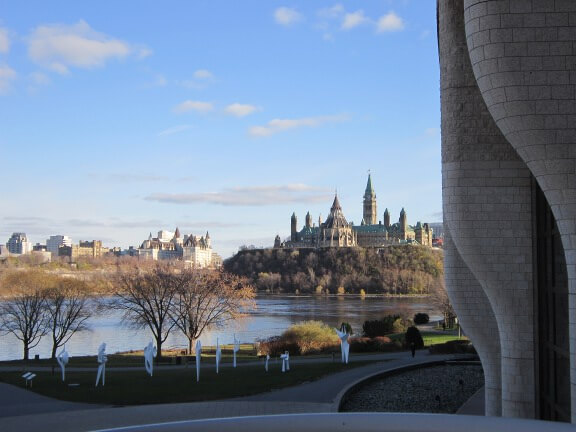 Parliament in Ottawa from the Musee de la Civilisation in Gatineau. RL Fifield 2012.

What I didn’t realize until this trip was arranged that the greater city straddles Canada’s two identities. On the southern side of the Ottawa River is Ottawa proper, with its iconic Parliament building and other Canadian government buildings. On the other bank is Gatineau, a hodgepodge of apartment buildings, hotels, magnificent museums, paper plants, and so forth. As I tried to describe Gatineau for the first time to Ottawa locals R & K, they remarked “that’s Quebec for you.” It’s akin to how Americans might talk about West Virginia. Walking across the Alexandra bridge from Gatineau to downtown Ottawa, the people spoke French and English in turn. 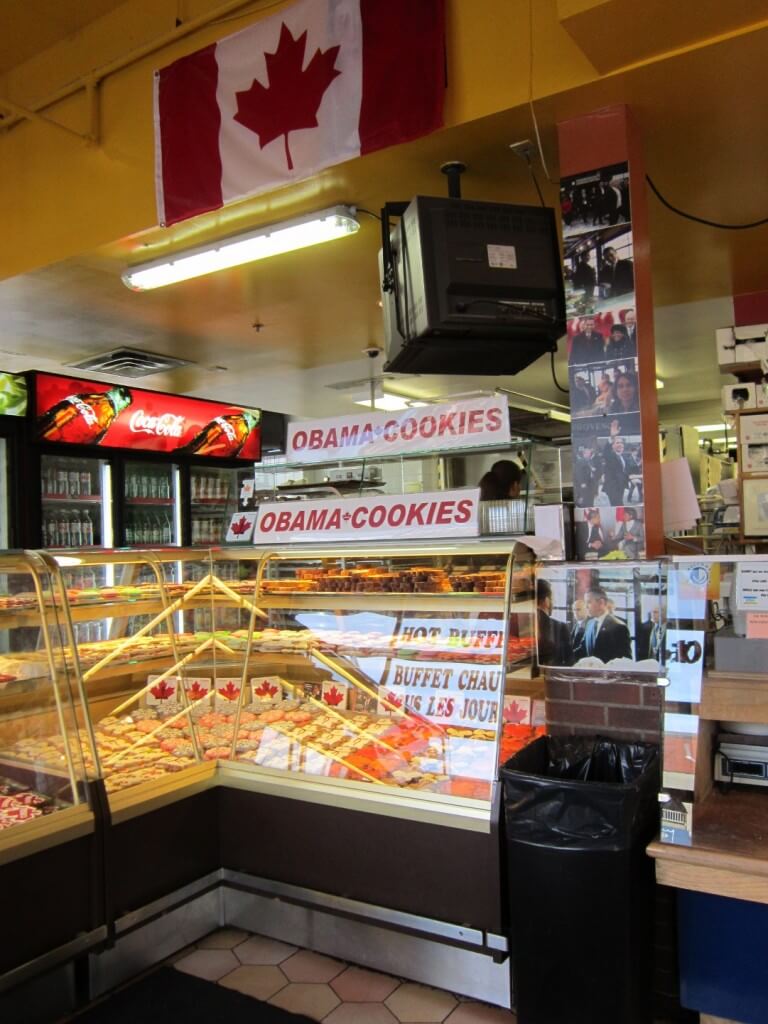 The Alexandra bridge puts you at the foot of an older area of town, the Byward Market. I was cheered to see Obama cookies for sale in the market building; I learned that 83% of Canadians would vote for Obama if they had the chance. The market area had little left of what made it a market. Within the market building were stalls mostly for tourists. I was a bit early for lunch so I don’t know how many locals fill those booths, but there were a lot of tourist items for sale, rather than fruits and veg. It contrasted sharply, say, with Cleveland’s West Side Market, which still operates as originally intended. I popped down the hill below Parliament to see the stack of five locks through which boats would exit the Rideau Canal, into the Ottawa River. And then I had to get to work.

Rideau Canal at the Ottawa River, below Parliament. RL Fifield, 2012.

I expect a bit of Europe and a bit of North America when I visit Canada (see my post on the streetcars of Toronto here). Ottawa, however, struck me as an Americanized city. Streets where I thought there would be streetcars were full of buses and cars. R & K drove me by the impressive and central Ottawa Union Station, abandoned for a suburban station in the 1960s so that railroad tracks could be removed from alongside the Rideau Canal to be replaced with a parkway. As Ms. K mentioned, “they talk about bringing a GO Train (Canadian commuter rail) to Ottawa to help with traffic, but they’ve been talking about that since I was 9.” That would be since the early 1970s. Read an amusing if heartbreaking website about removal of rail service to Ottawa here.

R & K indulged me with a visit to L’Oree du Bois, a French restaurant in the countryside near Old Chelsea. I had a cream soup with mussels, Chapeaux de Paris (“Paris Hats”) mushrooms with green peppercorns and puff pastry, duck confit served with a parsnip and sweet potato gratin, and oh yes, a bavarois cake. Who could resist? It was a great way to wrap a rapid trip north.