Once again Transit Tuesday is busting in on Museum Monday. 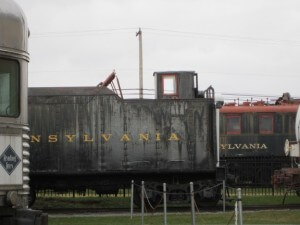 The Railroad Museum of Pennsylvania is located in Strasburg, just outside Lancaster. It’s close to the outlet store schlock on Route 30 east of Lancaster, but once you turn off the main drag, the view gets rural real quick. Strasburg is amazingly preserved, and on the eastern edge of town is a collection of over 100 rail cars. Across the street is the Strasburg Rail Road. We visited Thanksgiving weekend and the Rail Road was hopping with Polar Express kiddie traffic. 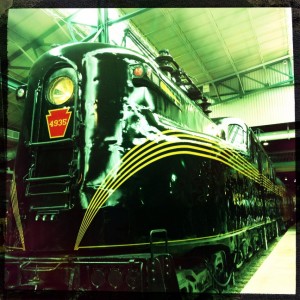 Dr. V and I felt like kids and wanted to climb on all the cars. Some of the engines and a caboose were open, with old railroaders talking about the equipment and their past work. The train shed reaches further than the eye can see. Old Pullman cars lead to wistfulness. A pile of other cars in varying states of preservation sit outside the shed, including Reading passenger cars and a Metroliner. And, ooo! A GG-1! The pinup girl of the Pennsylvania Railroad! 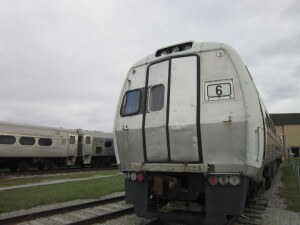 I was shocked at the amazing layouts of G-Scale model trains that kids were free to run around. I see how carefully my Dad mans the switches, couples the cars, and avoids collisions. These kids have no such training and send the cars hurtling around curves.  At a few hundred dollars each, these engines ain’t cheap. 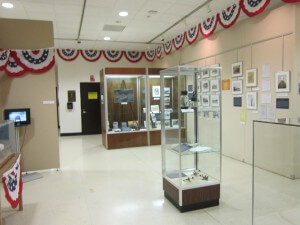 There is room for improvement. It’s clear that the Railroad Museum’s stock (ha) in trade is their large collection of well preserved rail cars. You can watch their preservation lab in action via CC TV into the train shed, or through specially arranged tours. Their exhibition space on the second floor could better tell the story of railroading. My museum studies self squealed when I entered the exhibit – it probably hasn’t been updated since the museum opened in the 1970s. However, they have an excellent website. It even includes a page dedicated the various grants they’ve received and how the museum has expanded, acquired climate control, and other projects, which can be of use to other institutions. That’s forward thinking. Show your constituents how your non-profit organization runs and they can understand better how they can fit in. 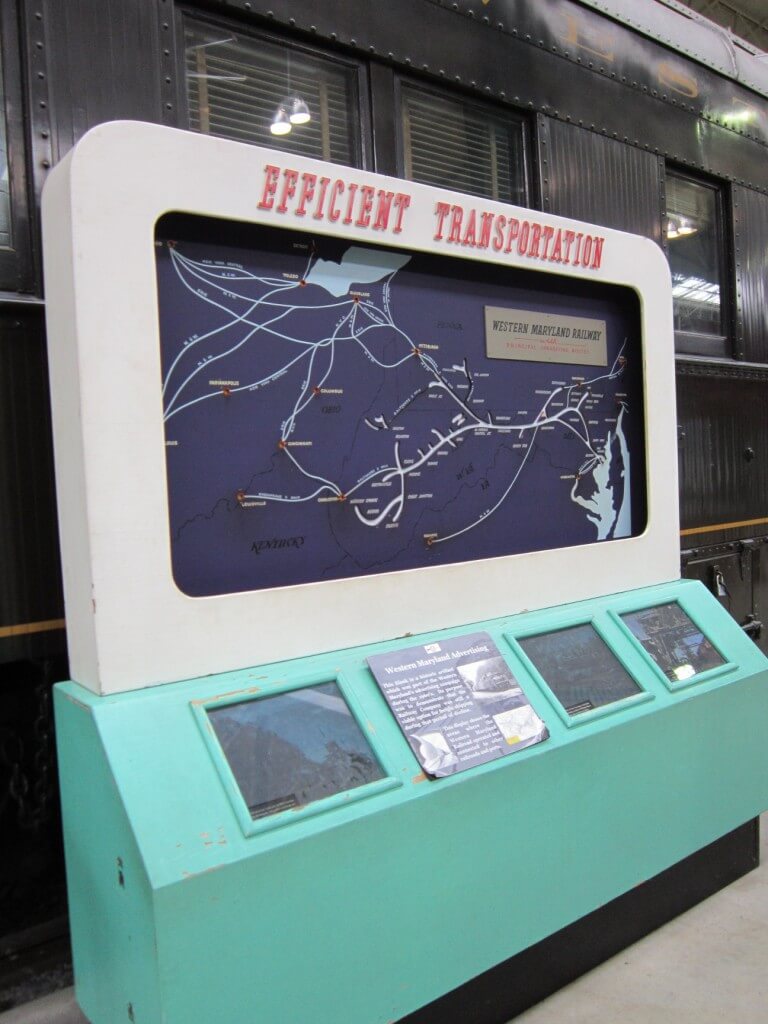