Pop Quiz: How did Worcester, Massachusetts make its money?

Answer: Corsets. The Royal Worcester Corset Factory was the largest U.S. employer of women in 1908.

I spent all of 18 hours in Worcester last week. It has the bones of any successful city of the turn of the century. Money made in industry went to civic projects, art museums, and city beautiful movements. It is home to the American Antiquarian Society, a repository of historic newspapers, prints, and myriad other documents important to our history. The Worcester Art Museum has a respectable collection, including their famous mosaics and the portraits of John, Elizabeth and Mary Freake. The kooky Higgins Armory is there. It’s the second largest city in New England, behind Boston.

I tried to take the train to Worcester from New York City. You have one option: the Vermonter, leaving NYC at 11:33am and traveling to New Haven before turning north and running through Hartford. You reach Springfield, Mass. at 2:59. Otherwise known as limbo. 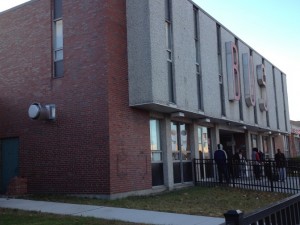 I am totally committed to train travel in this country. I was prepared to wait the 3 hours for the Lake Shore Limited heading to Boston. But alas, this train was already 1.5 hours late and getting later. The 1926 Springfield Union Station still survives, mothballed and due for a $78 million renovation in 2012-2013. But instead, my purgatory would be a small Amtrak waiting room c. 1980. Read: Hell. The very cheerful agent was well-rehearsed on advising frustrated Amtrak passengers to make the last hop to Worcester. I received the $14 fare refund (minus $5 refund charge) and rolled off toward the all-too-colorful Springfield Bus Station. By the time I had relaxed in my hotel room, gone out for supper , and came back, I heard my train arriving at the beautifully renovated Worcester Train Station. I was a little wistful not to arrive by train there myself.

I had dinner at the very chummy Northworks Bar & Grille, full of locals and Courtyard Marriott business travelers. Weirdly, the only other time I ate in Worcester, over 10 years ago, I had eaten in this very same place. I like to sit at the bar (I saw several women tucked in out of the way booths – see my post on Eating Alone). My dinner companions and cheery bartender Kelly all had an eye roll after a lounge lizard departed. Kelly brought me the perfectly sized dessert when I claimed the offerings to be too large – about 4 bites of apple crisp in a small glass prep dish. Thanks, Worcester. 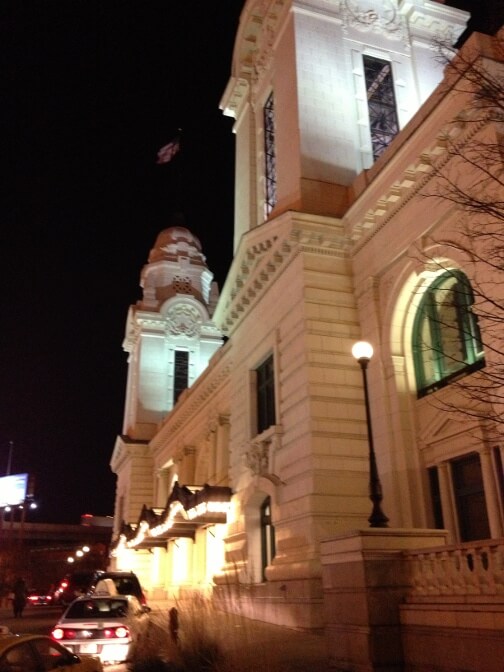 Worcester Train Station. RL Fifield 2012. Boy, I wish I had arrived on a train.