I was really impressed with downtown Indianapolis. Ambitious restaurants. People on the streets. Bike Lanes. A canal walk trimmed with gardens. A riverfront developed with a music venue, walks, and a conservatory. 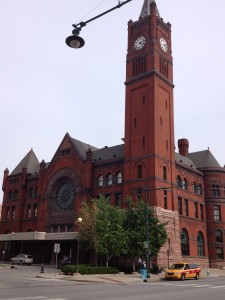 I thought the taxis out front was a good sign! Union Station, Indianapolis. RL Fifield Photo.

As is my usual, I went off to find the train station. Turning the corner onto Illinois Street, I saw the turreted Union Station from 1886. Cheered, I walked up to the door. A leathery guy having a smoke said “Too bad, it’s locked. Can’t get in.” Bummer.

I crossed the street to the Crown Plaza Hotel. It occupies the elevated tracks and dates from the 1980s, when Union Station was redeveloped as a mall. It’s interesting – the steelwork that held up the train sheds over the platforms are now worked into the hotel design. The Platforms on the other side are still active, so I don’t know what that sounds like in the guest rooms. Whereas Indianapolis used to host 200 trains a day, now only a handful call each week. Commuter service using the station seems to be a future goal, without definition. 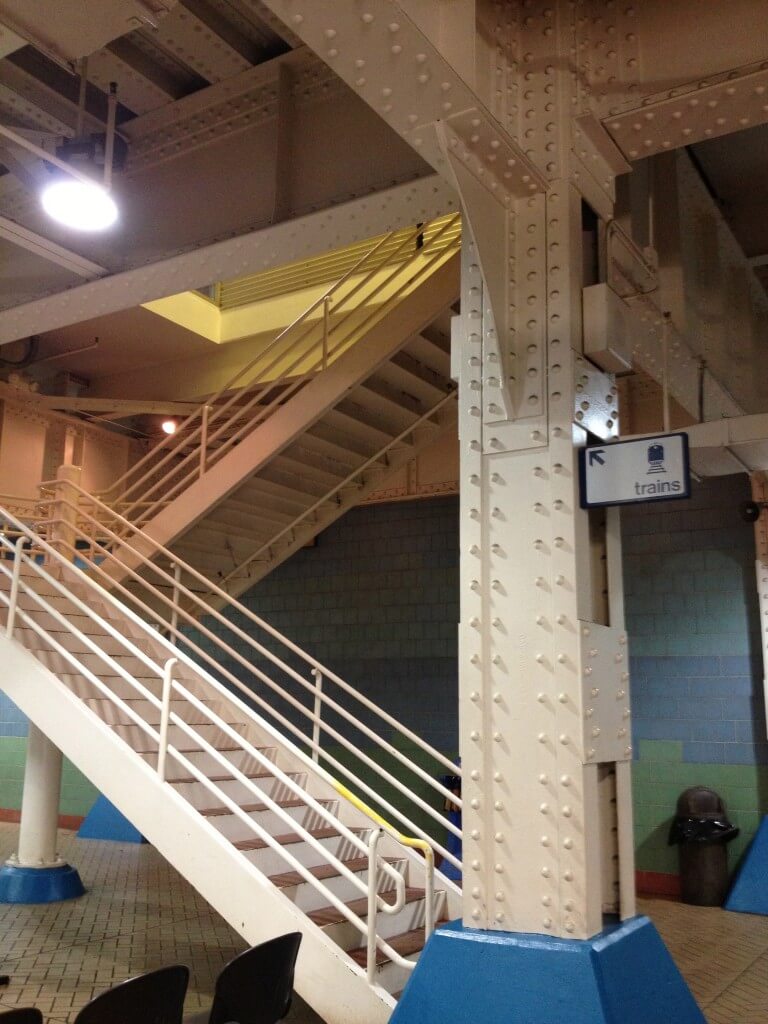 Now. Indianapolis Train Station reduced to a staircase in a 1960s-blue tiled waiting room in a Greyhound Bus Station.

I had to look online to discover how the interior of Union Station appears, but I got a photograph of the current Indianapolis train station. Nothing says more starkly how far the perception of public transportation fell in this country between the 1880s, and the 1960s.

It’s time to get a Great American Stations project going!