Could the US have a program of “The Most Beautiful Villages” as France does?

Dr. V and I, and friends Jeremy W. of Le Cafe Witteveen and the lovely Tina S., spent about a week in the Indre et Loire, a stone’s throw from Montresor, named one of the “Les Plus Beaux Villages” in France. And it is breathtaking. 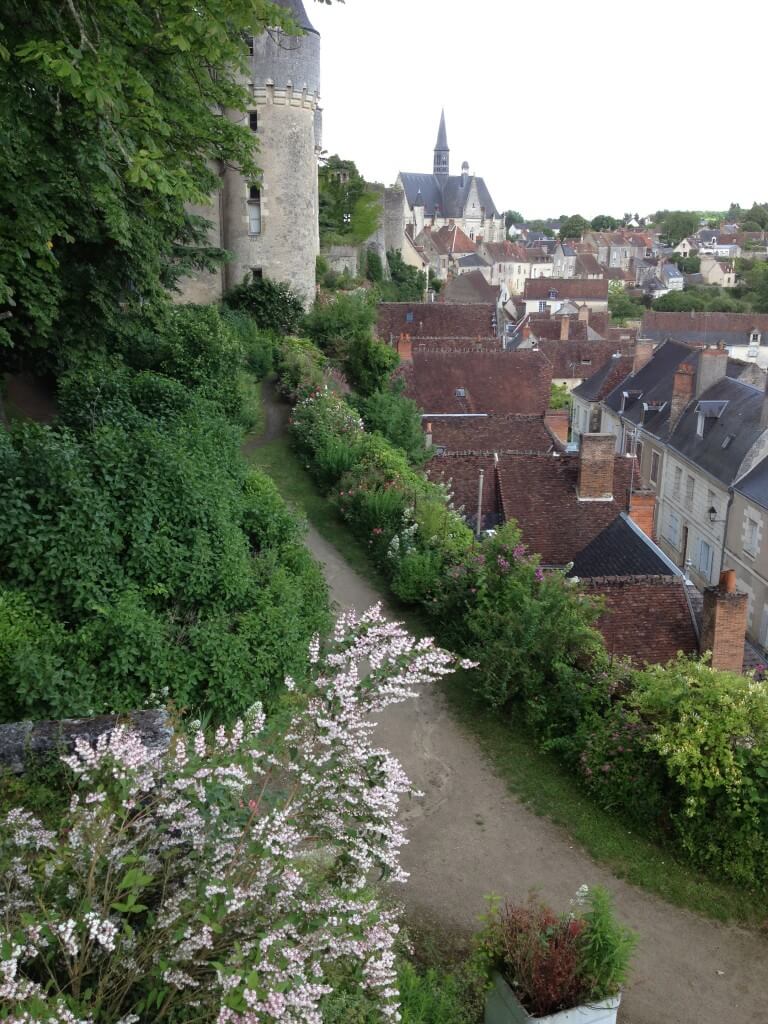 The village below the chateau. RL Fifield.

There are ancient cottages connected by small green paths and streams, best visible from the gardens atop a rocky promontory where the Chateau de Montresor sits. Owned by a Polish count, the fragments of 15th century chateau are surrounded by late 19th/early 20th tangles of gardens and views of undulating roofs of the houses far below.

We tried to get a meal – the beginning of a long running joke. The Cafe in Montresor only serves dinner on Friday. Other restaurants in Beaumont advertised being “Open” but were never open. But I did get a regional potato galette at the boulangerie, located one street behind the Cafe and across from the ancient Montresor market. It was a good thing I did, as the next day she went on les vacances.

Our merry band had a good time discerning French cuts of meat in the local superette at the gas station. But that’s what a good trip does – takes you out of your comfort zone at the most basic level, and builds you back up again.