Ron Nixon’s New York Times article “Human Cost Rises as Old Bridges, Dams, and Roads Go Unrepaired” [Oxford comma mine] conveys how our society is sagging under lack of maintenance and repair. While bridges collapse spectacularly, illness from aging water management systems is also taking its toll. Even classical societies realized the basic need for clean water. We are fully aware that cultures without access to clean water are open to risk, let alone obstacles in achieving excellence. And yet, with our water systems at a remove from much of our houses, we are unaware how underinvestment is opening us to risk.

I recently moved to the Hudson Valley and now live near an aging interstate overpass. It is quickly becoming an infrastructure artifact. Tiny rusting metal Left Turn “Only” signs are pasted onto the concrete above so as to nearly be invisible to the driver. When I pass underneath, I muse where on the schedule lies our bridge’s next renewal, or at the very least, inspection.

Aging infrastructure as relates to rail has never been far from my mind. Railroads, struggling under archaic regulations and under-funding to the benefit of oil-industry fueling highways and airlines, are choked with rail traffic. This slows the economy. In the end, the question is not is there enough work; the problem is who gets the credit. I have always had a problem with the fact that in order to take advantage of highways funded by taxpayers, you must make a personal investment into private industry in purchasing and maintaining a car.

I thankfully still can take the train fairly easily here. Poughkeepsie, for all its struggles, has beautifully renewed its New York Central station. I can be into NYC in about the same time as I can drive there. I think this can be a great time for rail. Perhaps one needs to look at the reorganization of Detroit. Do we have the capacity, and does it make sense to repair all the highways that were created? Is it more feasible to ally behind expanded rail lines for certain functions? Who are those investors willing to take the risk? As a member of the slender sliver than makes up Generation X, I live much in the shadow of the ponderous Millennial generation. I admire their noted move toward cities and towns and burgeoning use of public transportation. Stan Greenberg‘s new book American Ascendant indicates that apparent gridlock now is the last throes before a social revolution in our country. Infrastructure is the linchpin in our renewal and must be crafted for the future, not just repaired. 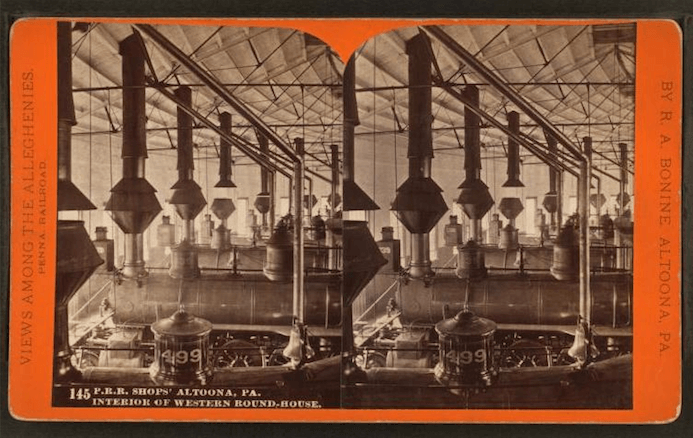