Back in the early aughts, I was a Collection Care Specialist in Textiles and Fashion Arts (TFA) at the Museum of Fine Arts, Boston. I was working on a National Endowment for the Arts grant to photograph and perform condition reports on 10,000 objects a part of their American collections. This work was undertaken in part to plan for a brand-new textile storeroom during the construction of the new American Wing. I prepared pre-Columbian fragments, hundreds of pairs of shoes and hats, handkerchiefs, children’s clothes, and dressed nearly 150 garments on mannequins, among many other items. At the same time, we collected critical information about the condition of the collection and their future storage needs. 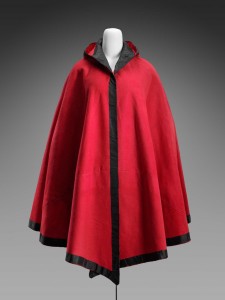 The MFA Boston’s TFA collection has a particular strength in 18th century costume and textiles. Some of my favorite works are within the 99.664 Robbins family collection from Lexington, Massachusetts. One day, one of the curators asked me if I had seen the Fifield bedcovers yet.

Fifield isn’t a very common name in the U.S., with the exception of New England. Largely, New England Fifields descend from William Fifield, who arrived from Hampshire, England in Ipswich, Massachusetts in 1634. He and his descendants migrated into Newbury, MA, Hampton, NH and eventually, and up into Fryeburg and the western reaches of Maine, where my father’s family still lives. What isn’t as widely known is that he had a brother, Giles, who arrived in Hampton a few years after William. Giles’s great-grandson was Samuel Adams, the future governor of Massachusetts.

The MFA’s textile collection includes Samuel Adams’s christening blanket and several bedcovers made from bed hangings embroidered by Mary Fifield Adams and Mary Drew Fifield, her step-mother, in 1713. They were later converted into bed covers, possibly in the late 18th century. 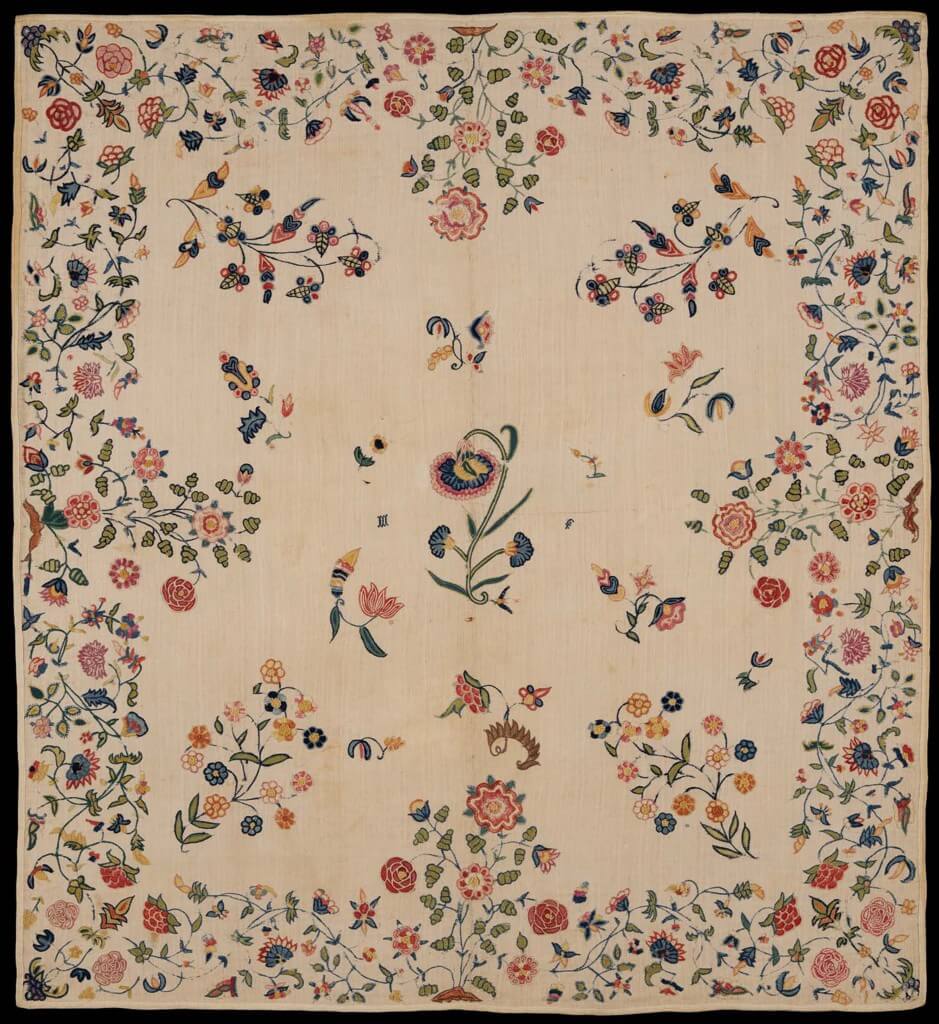