This weekend, Dr. V, Jake, and myself went up to Albany to visit the New York State Museum. We had the very good luck of running into Kate Weller, Chief of Museum Education, Visitor Services and Public Programs. She gave us all the information we needed to have a great day – and at the same time, she was managing a slew of events for the New York in Bloom event that day. Many thanks! 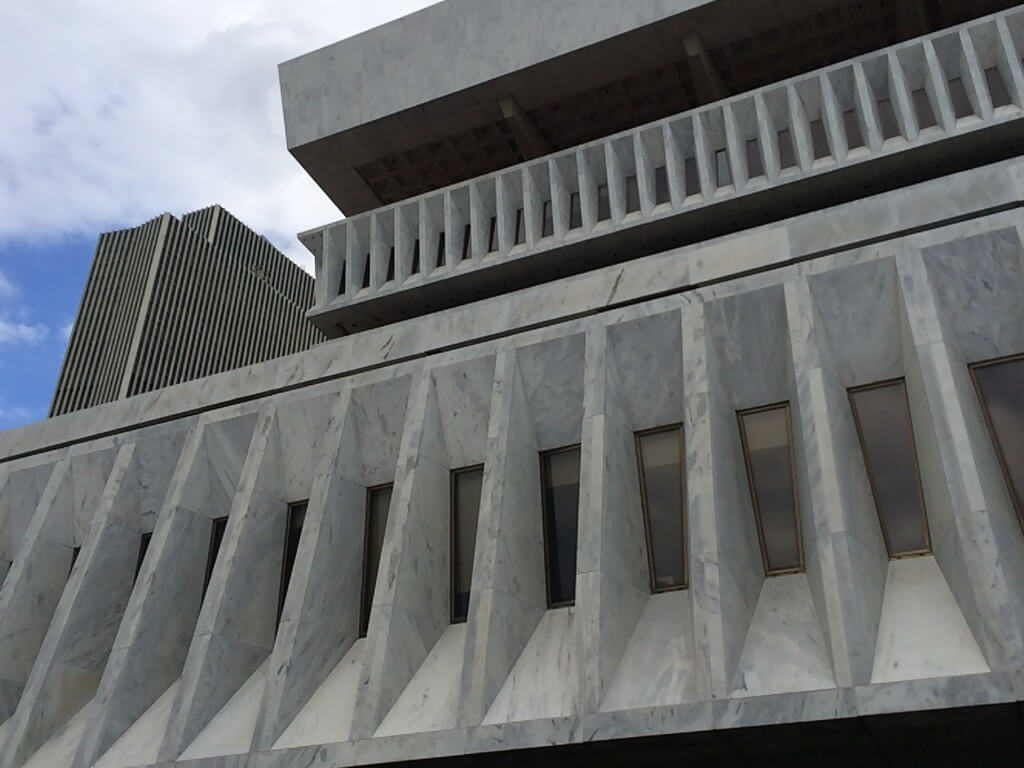 I had no previous knowledge of the museum, and was startled to find its white mass rising above the 19th-century residences between the interstate and the park.  That huge sparkling  structure rising above the park, that’s the NYSM? For all of the cheapening of architecture wrought in the sixties and seventies, poor interpretations of international and brutalist styles, I secretly loved this building. First, I was shocked that this entire huge building contained culture: museum, library, and archives. I love its outdated and yet hyper-modern late 1970s traffic signals underneath the stairs. I adore the glamorous terrace on the fourth floor with the incongruous 1895 carousel, surrounded by windows overlooking the city. 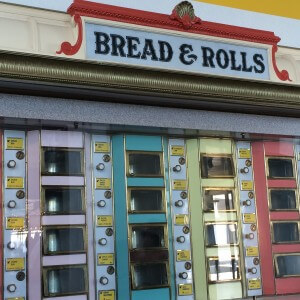 It had been a few weeks since I’d gotten inside the doors of a museum, and I had no preconceived expectations. But the collections, architecture, and the mid-1970s installation blew me away. Yes! I liked the interior space and the old water fountains on a marble ledge, and the outdated display cases (which admittedly, are not preservation-supporting). Even as the museum prepares for the first major redesign of its galleries since 1976, I still adored the galleries in their current format. The galleries were full of people (it was an event weekend). Many stories were happening in the space, from Adirondack natural history, to the immigration experience, to mineralogical collections, to New York City mass transit, to 9-11. Yes, there are huge gaps in the interpretation. Yes, there is incorrect dress on the mannequins in outdated dioramas. Yes, the open platform layouts require huge amounts of maintenance that is not sustainable to staff or collections. No matter – I had a great time. Go and see the NYSM before it is renovated. It’s not that renovation is wrong, but that there is something to appreciate in that 1970s presentation. 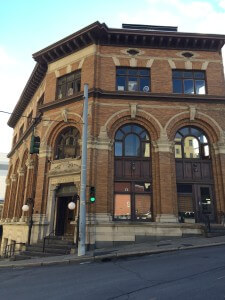 It is no secret that Albany was wounded by shoving Empire State Plaza into its midst. During an era of urban depopulation, this project wiped clean neighborhoods, traditions, commerce, and community relationships. Today, the expanse still creates an impassable barrier in the city fabric.   Instead of the history that was, mid-century ideals created a space on 98 acres in downtown Albany in the vision of history neatly packaged and staged by hands of privilege. Read more personal stories of the 9,000 people displaced by the construction of Empire State Plaza at 98acresinalbany.com It is a thrill to see pockets of Albany rejuvenating itself, if not to the benefit of those displaced. We tracked down City Beer Hall – good food in an old city telephone building.

While we are at it, bring back passenger train service to downtown Albany! The station is there, and so are the tracks. Feed the city.