Last weekend, I pushed it. I bought two tomatoes at the local farmer’s market on 67th street. New York state tomatoes are okay (they aren’t tidewater Maryland tomatoes, alas), and I thought I’d have just one more shot at a tomato sandwich. But the cold must have gotten to them: they were mealy inside, just like I’d bought Florida fresh market tomatoes at the supermarket in January (which I don’t do). It’s like eating pink styrofoam.

When the weather settles into the cool, there are a few tricks for the not quite ripe. Place the pink-hued tomatoes in a paper bag on a warm windowsill, and let them ripen via ethylene, produced by the tomato itself. Green tomatoes can be fried, pickled, or turned into pie (tastes like apple!).

The season is waning, and while our foremothers coaxed their kitchen gardens all winter long (read my post on the winter garden here), here is a recipe for Green Tomato Pickle from Fifty Years in a Maryland Kitchen by Jane Grant Gilmore Howard, published originally in 1881. 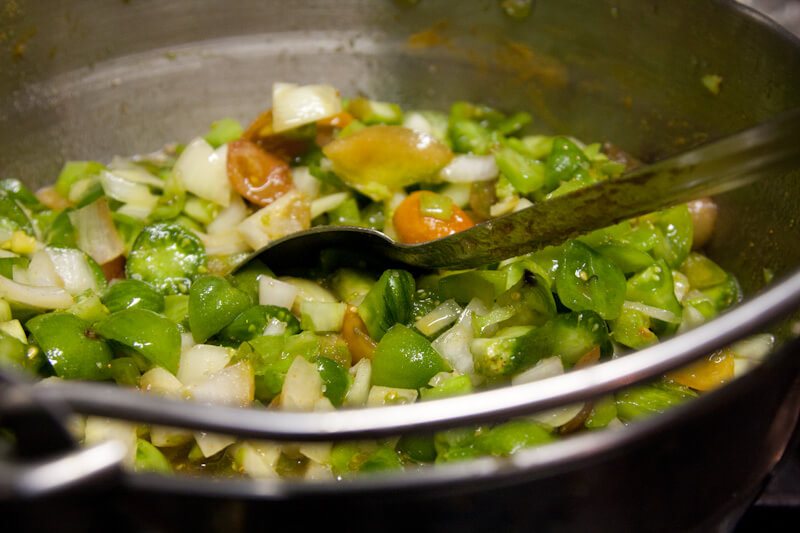 “Green tomato pickle” by Pauline Mak is licensed under CC BY 2.0.