I love the word vernacular. You can stuff all that’s particular to a specific region into the term. Can’t explain it any other way? It must be vernacular. 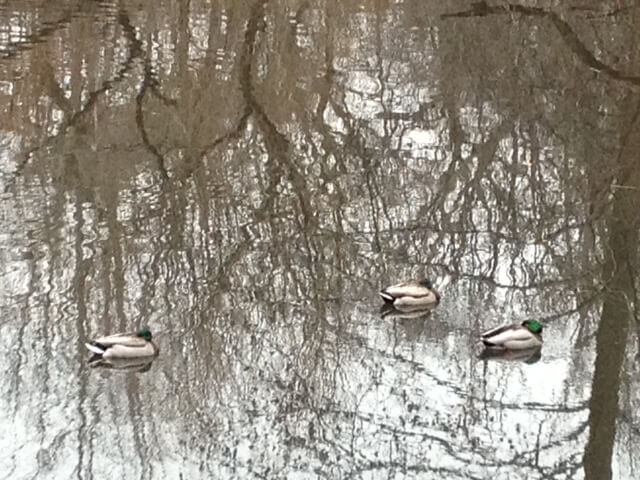 Puddle duck is the term my grandfather used to describe mallard ducks. In so many community ponds, mallards are the only ducks bobbing on the surface. I grew up as part of a tidewater Maryland family. My grandfather carved approximately 1,500 duck and goose decoys during his life. Of all of these ducks, the most storied were the canvasbacks. They were the stuff of New York high dining and haute cuisine. But in my life, I’ve only seen canvasback ducks once or twice. Mallards, or puddle ducks, are what we see most often.

My grandfather, born in 1918 and passed in 2002, marked it up to accelerated development along the waterfront. Our ancestral seat, Havre de Grace, Maryland, transformed in my lifetime from being a marshy waterfront to lined with condominiums and marinas. Pop Pop explained that migratory birds like celery grass. Polluted waters and developments along the water’s edge decimated the natural stands of celery grass, providing less refuge and nourishment for the migrating birds.

Pop Pop took up decoy carving after his marriage in 1946. I grew up with Bald Pates (Widgeons), Red Heads, Blue Bills (all vernacular names for ducks with more formal scientific names), Wood Ducks, Black Ducks, and so forth. I’ve never seen any of them in the feather, but maybe once. The hundreds of ducks in the basement and the shed were all wood.

Puddle ducks like enclosed bodies of water. Perhaps they are a little more flexible than their open-water counterparts. So when the American public thinks “duck,” it’s more often that mallards and white ducks with orange beaks come to mind. AFLAC.

When I peer over the edge of a bridge and I see anything other than mallards these days, I smile. Kudos to environmental efforts that welcome back the variety that once was. 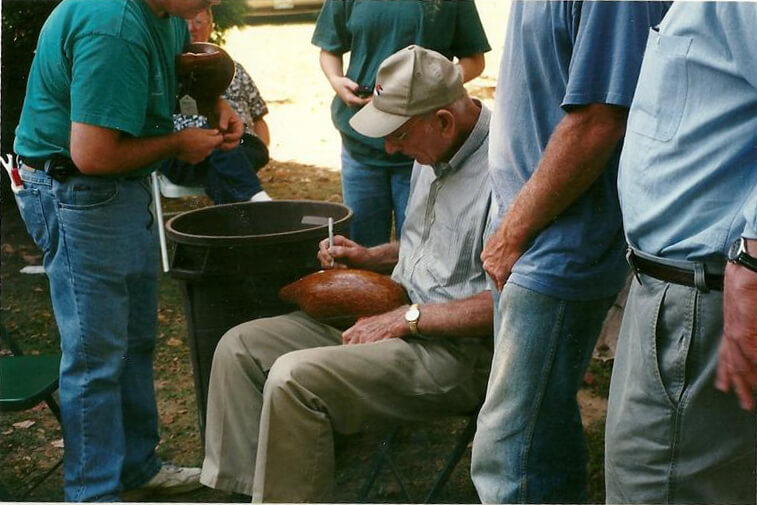 SL Bowman “Pop Pop” signing a decoy during an auction of his works, RL Fifield October 2001.