Home→Architecture→Transit Tuesday: Subway Station Renovation – A Few Thoughts About Getting It Right

New York City’s subway opened in 1904. During an era of competing private lines that radiated from the heart of Manhattan into the boroughs, 468 stations were built through the completion of the Independent Subway in 1932. Time is hard on all of us, especially when you have to put up with steel dust, dropped food, people leaning on tiles, rainstorms dumping water into stations, and graffiti. Subway stations require renovation, and rolling around New York, you can tell what state our city and culture where in when the renovations were completed. I snapped a few shots recently of station renovations, the good, the bad, and the ugly. 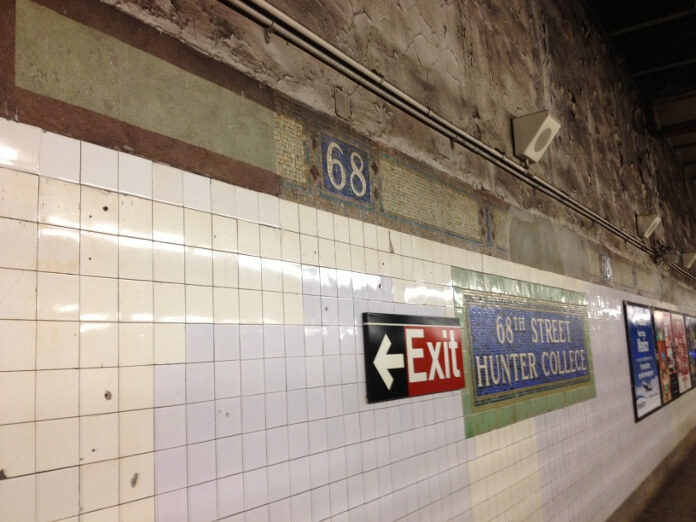 68th Street Station – Hunter College. While the station’s platform level hasn’t been subjected to an insensitve renovation like Bowling Green, it sits in a sort of weird stasis. Where the tile border has spalled away from the wall, the original motif has been painted in. The mix of white tile on the wall connects with poorly renovated bathrooms in tenements across New York City. This heavily used station deserves better. 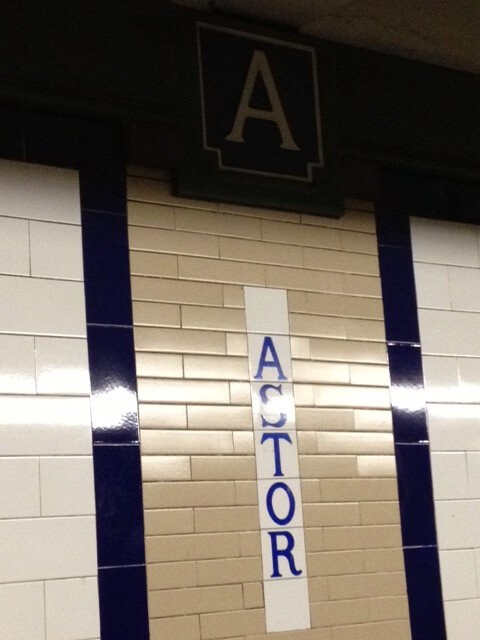 Astor Place station was renovated in 1986. It gets points for the preserved tilework near the turnstiles, and the reproduction kiosk at street level, but they cheaped out on the tilework that stretches down the platform. Still, this renovation attempted to capture the era of construction during a hard time for the city, much more than the 1978 renovation of Bowling Green Station, which draped the neoclassical details of the station in garish red-orange tile. 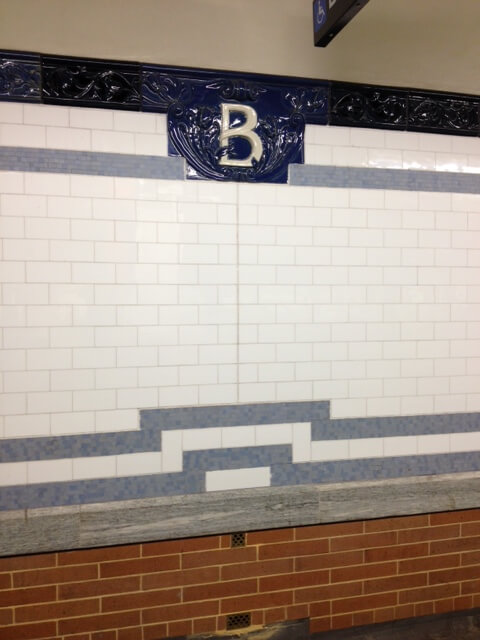 Doing it right, the newly renovated Bleecker Street Station preserved historic materials and combined them with reproduction tiles to reclaim a historic IRT station that had been blah’d by an earlier 1950s renovation. Not only does it bring back the original design of the station, it puts it in greater stead to weather the future.