Home→Art→Design→Trans. Tuesday: We Survived The Parade of Trains 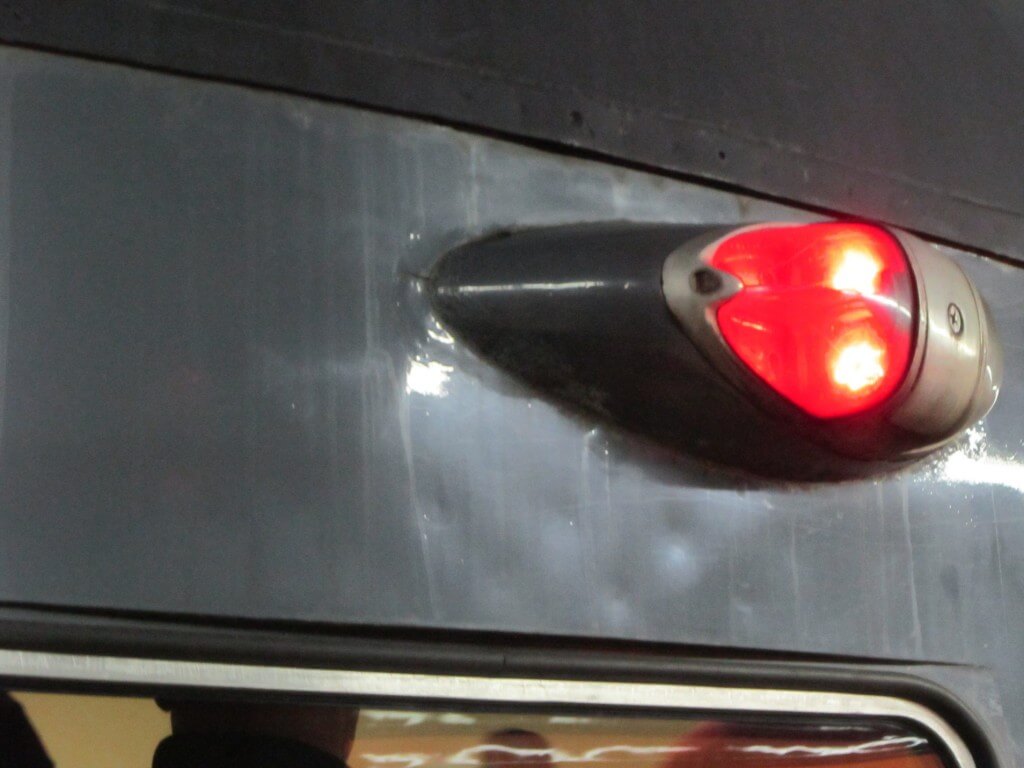 Dr. V. indulged my whim to visit the assemblage of historic trains at New York’s Grand Central Terminal last weekend, May 11, 2013: National Train Day. For a moment there, I felt like we were part of a cheesy musical movie, swirling in a line coiling through the crowded station. A lame 3-person flash mob-ette broke out next to us – it was a bit underwhelming, but they looked like they were having a good time. Station personnel was super nice in managing the crowds as we waited in overheated passages and then were held on air-conditioned modern Metro-North trains on Tracks 41-42, prior to our procession to Tracks 37-40. It took about 2.5 hours to get there, and about another hour to see the trains, including snaking through the interiors of sleeper and club cars. 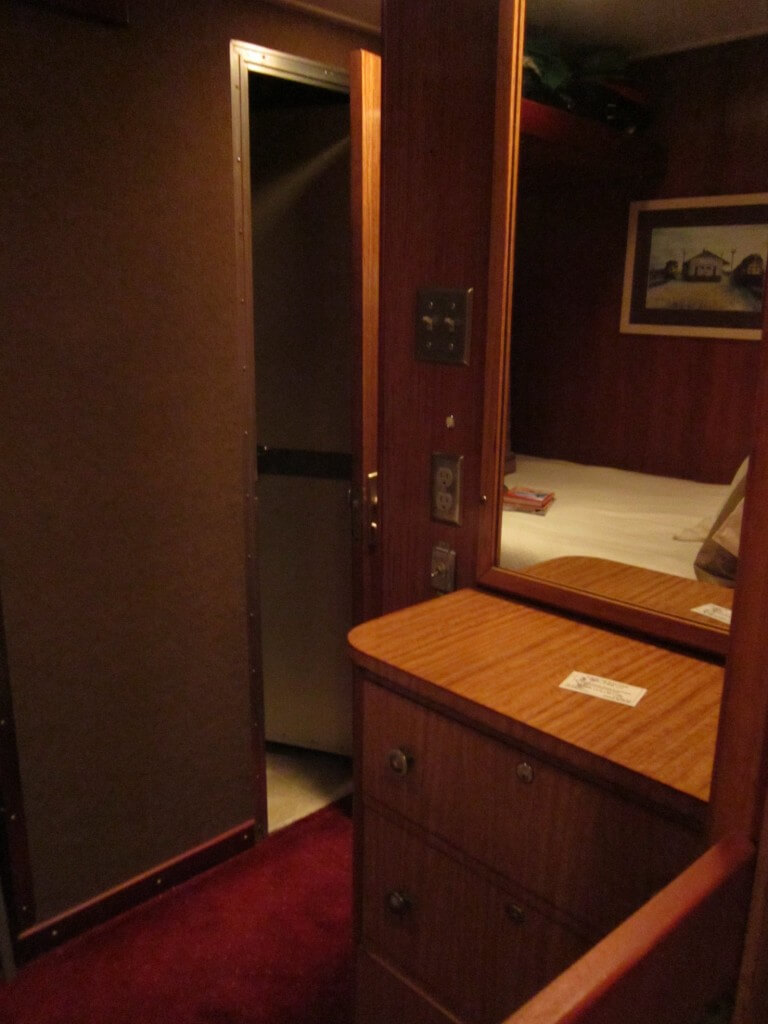 The interior of a sleeper car bedroom.

The cars were either held by private concerns, individuals, or rail historical societies. There was a real disconnect between the well-renovated and the “cleaned up enough with my own personal taste so we can run dinner trains/rent it out” set. I wanted to see spit and polish down to the detail historic restorations, but not all car owners do that. It was a rather intimate tour of those cars owned by private individuals. You saw their toothbrushes in the bathroom, their Mr. Coffee in the galley, their plastic shower cap in the stainless steel shower. While some cars evoked 1950s glamour, others might have well been your grandmother’s living room. 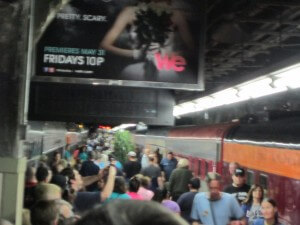 The hands-down star of the group was the Kitchi Gammi Club from 1923. A classic Pullman car, the pull down bunks, vaulted ceiling, and windowed lounge with leather furniture reeked class. The New York Central 20th Century Limited Observation Car owned by Star Trak was obviously sleek. Other cars were more utilitarian, such as the 1950s sleepers with painted metal finishes. The past was not all luxury, and coach class cars are unlikely to get preserved. This cheapest means of travel would have been the mode of transportation with which most rail goers were acquainted. The tight corridors brought the intrigue of North by Northwest to mind, but several uncomfortable tour-goers made me think that many modern Americans are not used to the tight spaces rail cars require.

Check out the American Association of Private Railroad Car Owners. It was kind of fun to see a Harvey Girl reenactor walking around. (see my post on Harvey Houses here) 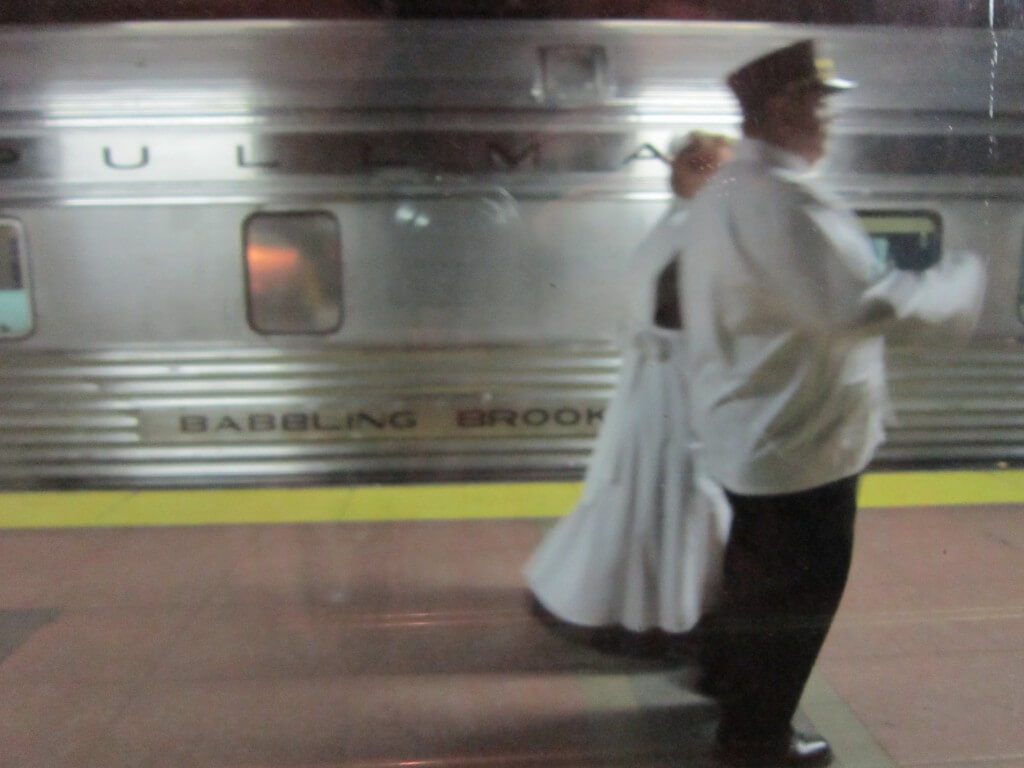 Harvey Girl reenactor at Grand Central Terminal. I was inside a guest car on tour. RL Fifield 2013.