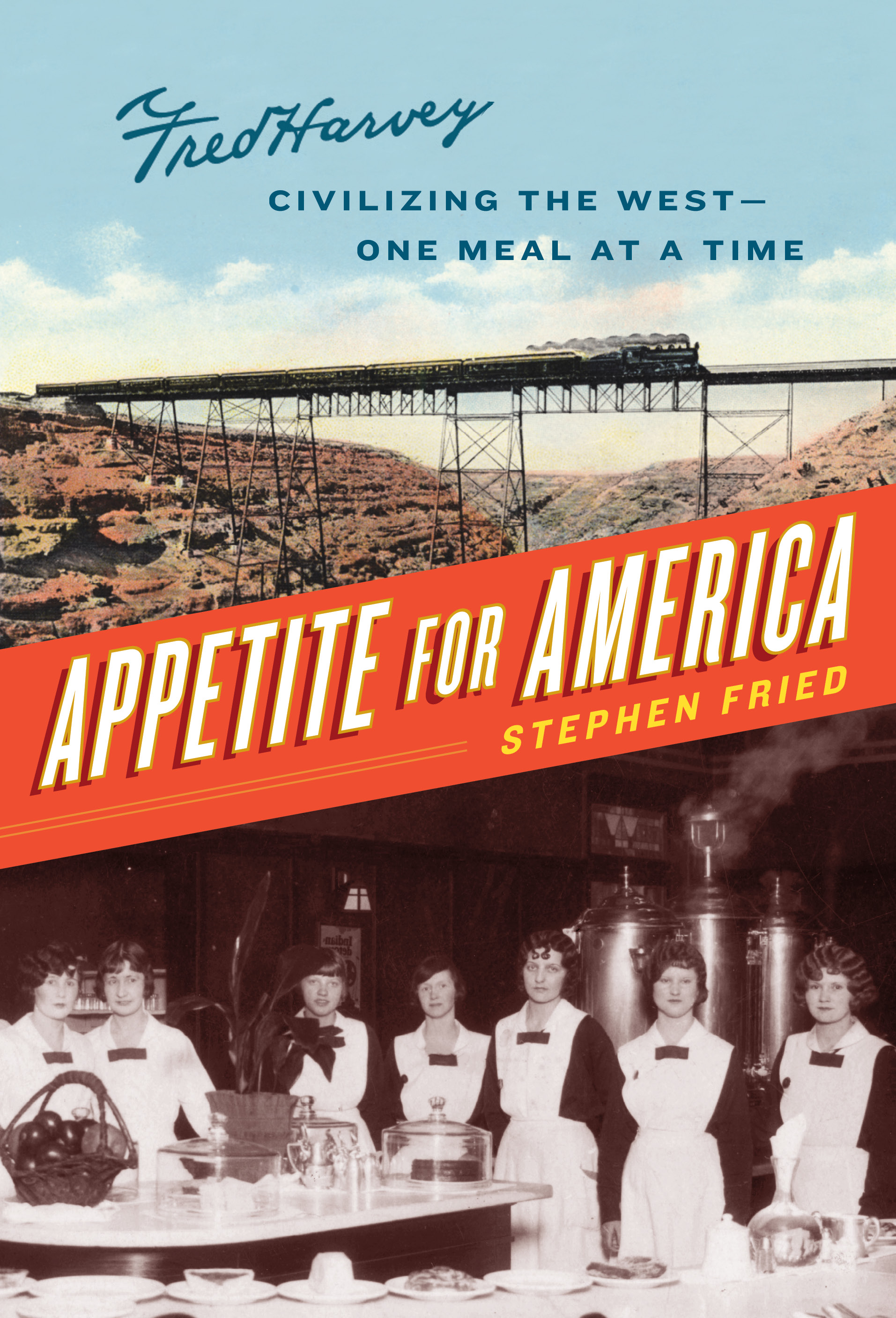 I just finished Appetite for America: How Visionary Businessman Fred Harvey Built a Railroad Hospitality Empire That Civilized the Wild West by Stephen Fried (visit his website here). Combine my nerdiness for railroad nostalgia with food and you have my ideal 515 page page turner.

Fred Harvey was a British immigrant that brought high standards for trackside eating halls alongside the Atchinson, Topeka, and Santa Fe railroad. Beginning in the 1870s, the Harvey family operated numerous restaurants and hotels along the railroad, culminating in several hotels along the south rim of the Grand Canyon, which still operate today. It also outlines the careers of many others, including interior designer Mary Colter, who was responsible for the interiors of many of the Harvey destination hotels. Some other sites to check are the Kansas Historical Society, Northern Arizona University’s Cline Library, and these NPR episodes on Mary Colter from 2000. A family business,  the end of the Harvey empire was brought on by the demise of the railroads, the death of the family heir, and family infighting. Judy Garland in “The Harvey Girls,” a movie about the waitresses that civilized the West. Photo: Classic Movie Trivia.

Fried wraps up the book with some great appendices, including a travel log in which his Fried and his wife try to locate Fred Harvey establishments still in existence, an historical list of all eating house, hotel, and resort locations, and recipes. Baked Halibut with Lobster Sauce, Plantation Beef Stew on Hot Buttermilk Biscuits, Cream of Wisconsin Cheese Soup, and Huevos Rancheros La Fonda (for the hotel in Santa Fe) would make a patron of today’s roadside chain restaurant salivate. They’d scratch their head, considering their not-quite-clean table and wilted lettuce next to their microwaved sandwich and limp french fries.