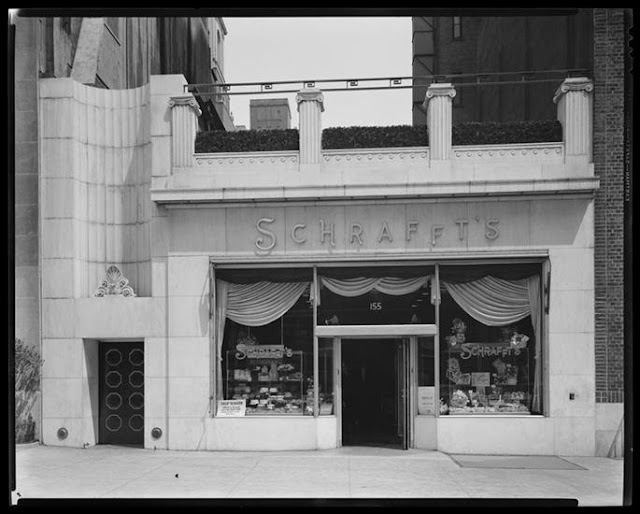 A “Rat Poison” sign appeared on the front door of 155 East 79th street. Generally, that’s the sign that indicates death is close at hand. Obviously the rats are going to kick it. But it’s the building that is coming down next. Certainly, we were in a historic preservation district, next to Lexington Ave, right? And this building, a former Schrafft’s Restaurant with a marble facade, was iconic enough to spare replacement by the glass and fiberboard dreck going in further down the block, right? (charmless 200 E. 79th Street, apartments starting at $2.8M).

The building disappeared under the hands of coffee-sipping, cig-smoking, and hard-hat wearing demolition crew. Read this Streetscapes feature from the New York Times on disappearing Schrafft’s buildings from 2008. Now we await the arrival of yet another glass box, with a bank in the bottom. I don’t know about you, but I can’t eat money, especially in this electronic age.

A page from the 1917 Schrafft’s Menu. New York Public Library What’s on the Menu? Project.