My Harford County, Maryland family could never be described as prominent. They are not historical figures. Certainly, the family names are ones the people know, interwoven through local people’s memories (read about how interwoven my family is here). They, like so many others, were farmers, soldiers, and later, civilian employees of Aberdeen Proving Ground.

Fortunately, the arrival of inexpensive cameras appealed to my family and they started snapping images of their everyday lives. Cars, dogs, and family members standing on the lawn after dinner were the general subjects of many photos from the early twentieth century. I posted this previous 1920s hunting dog image a few weeks ago from a different branch of family in Delta, Pennsylvania, just a short way up the Susquehanna from my Harford County family. Here, my grandfather, Sappington Lee Bowman, and great uncle, Robert Bayless Bowman, are captured with their hunting dog. I’d like to imagine that my great-grandfather took this photograph while hunting with the boys. He died of colon cancer in 1934.

This image is likely in the environs around Aberdeen, Maryland, as they grew up on a small farm in the general vicinity of the now heavily developed area around Target and Beards Hill Plaza. The scraggly trees and heavy clothes on the kids denote the fall or winter setting. Interestingly, the breed of this dog is very similar to that in the other image I posted, an English Pointer with maybe a little Beagle mixed in. He’s very interested in the the pile of rabbits accumulated with who knows how much help by the adult holding the camera. My grandfather kept a hunting dog most of his life, the last a beagle named Scholtzie, who would help find ducks and geese after they were shot out of the sky. 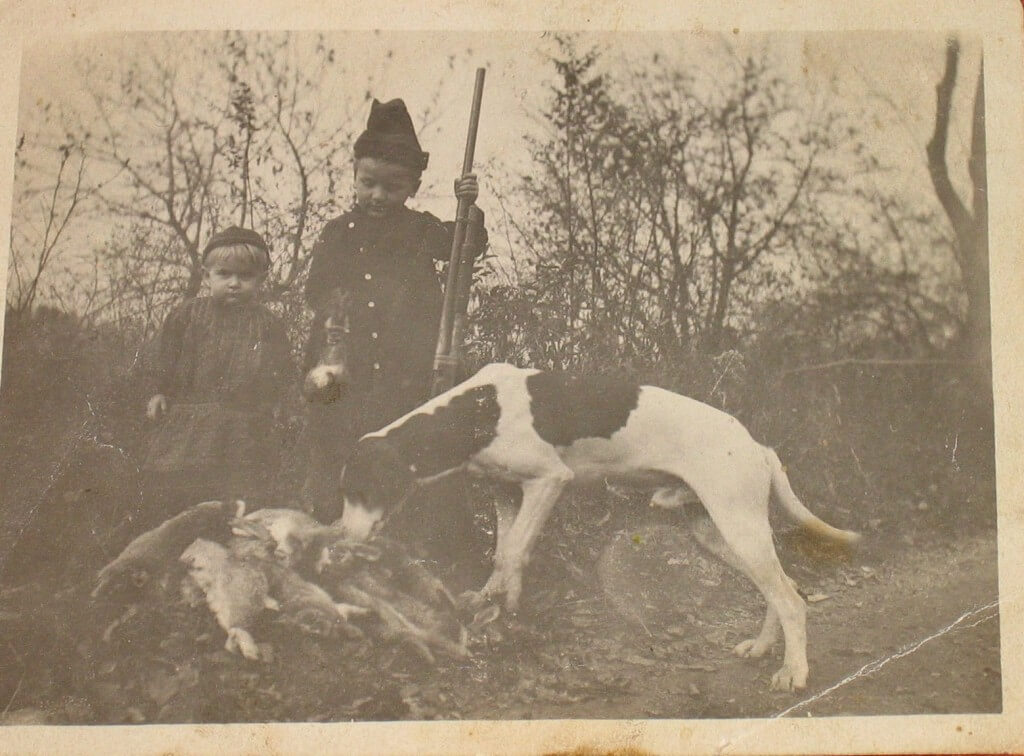