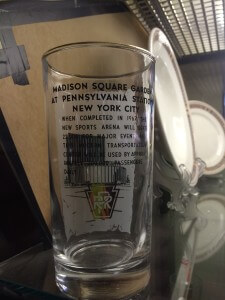 If you mourn the destruction of the late, great Pennsylvania Station in NYC, you’ll find this glass heralding the coming of the new Madison Square Garden as chilling and cheap. This glass is displayed with a nice collection of railway china and silver at the Danbury Railway Museum.

Yesterday found Dr. V, Mr. J, and I at the Danbury Railway Museum. I had used the Metro North Danbury station before but never made it inside the doors of Danbury’s 1903 New York, New Haven, and Hartford Railroad Station. I had ridden up to Danbury to visit with Ms. M, a Danbury resident, thrillingly pulled into the station by an old F-unit right before their retirement in 2009. Our perception of Danbury station today is as an outlier, a stub end of the Metro-North network. The other side of the station is bordered by the double-track Housatonic Railroad, primed for re-ignition through the Bring Back the Trains initiative to restore rail service between the Berkshires and NYC. 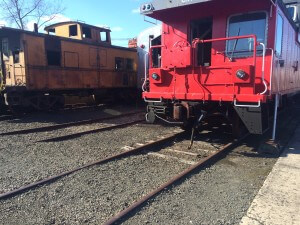 A Maine Central caboose and a Canadian National “van” sit in the yard at Danbury Railway Museum. RL Fifield 2015.

The museum is like many rail museums; a collection of equipment that ended up at the old Danbury Yard and model railroading layouts sustained by that curious breed: the volunteer rail fan. I’m a museum insider, but I’m part of the audience at rail museums. While I am drawn to rail social history, I don’t know anything about maintaining rail cars or operating excursions.  The museum understands its audience, both rail fans interested in the past and encouraging their future generation. Among the old wrenches and railway china are Thomas layouts that appeal to the kids and prime them for going outside and seeing the real thing. We climbed aboard old Budd RDCs (my first), a Railway Post Office, and several cabooses, of which Dr. V and Mr. J are fans. (Yes, my 22-month-old can point to and say “caboose”). 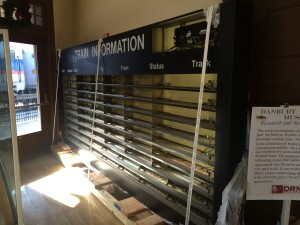 I sadly came upon New Haven station’s Solari Board, sitting blank and silent within the station. Plans are to install the Solari Board within the Danbury station to announce their excursion trains. I haven’t been through New Haven recently enough to know it had been gone. I’ll miss it’s click; I wonder when Philadelphia’s board will meet the same fate.

The museum is certainly celebrating the past, but I would have liked to see more about future potential. If the Housatonic Railroad is able to renew passenger service, I’d actually love to use the station as a passenger. I think about how private concerns have preserved many a local train station, abandoned by the rail companies that created them as passenger service atrophied and collapsed. These stations are poised to revitalize city centers in the way new suburban stations never could.  Rail is renewing: what partnerships might we create to provide economic opportunities for our cities, its residents, and our country by facilitating transportation? The highways aren’t doing it. If you haven’t tried a train, do it. Bring some work. Bring some knitting. Bring a blank book and a pen. Bring a camera. Just bring your ability to stare out the window. And experience something beyond the steering wheel. Experience a conversation with someone you don’t know. A view you haven’t seen. Experience the interior of your mind, uncluttered. 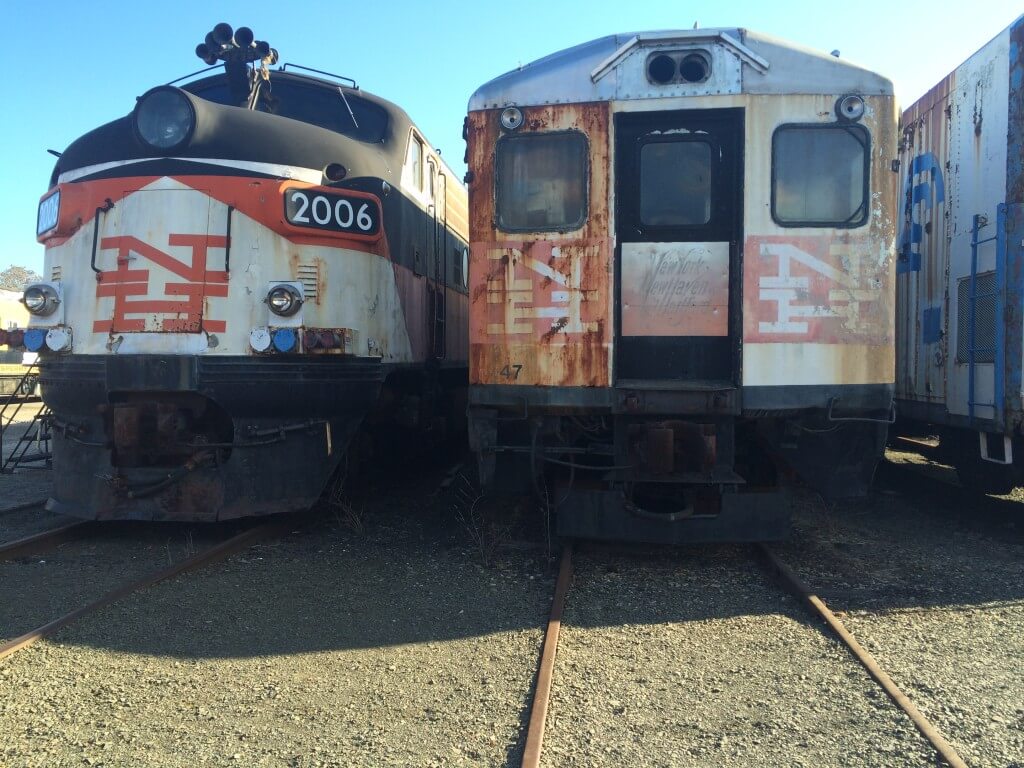 What was New Haven is now old – New Haven F Unit and Budd RDC car being used for part for the operating RDC at Danbury Railway Museum. RL Fifield 2015.