Home→Food→Historic Foodways→Apple of My Eye: Lead Pesticide Use in 1920s Orchards 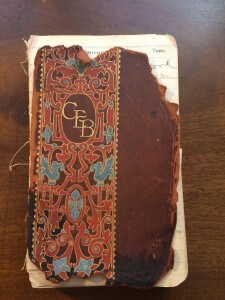 Journal Kept by Hugh Ross Stephens of Havre de Grace, MD. The CEB on the cover are the initials of his employer, Charles Bryan, the owner of Mt. Pleasant Orchards in the early 20th century. Founded in 1755, the orchard was turned into a housing development around 2003.

Over the Christmas holiday, I unearthed a small journal with a heavily damaged tooled vegetable-tanned leather cover. Within were pre-printed dated pages with intermittent journal entries by my great-grandfather Hugh Ross Stephens, the Orchardist (according to the 1940 census) at Mt. Pleasant Orchards, near Havre de Grace. An architectural survey by the Maryland Historical Trust prior to the development of the property discusses the original 1755 house (rebuilt in 1907) and its 18th century terraced landscape, the tenant houses and buildings (in which my grandmother Gurnice was born) can be read here. The orchard was still in operation during my childhood. This document provides documentation of what was destroyed (with the exception of the 1907 house) when the property was developed into nondescript luxury residences in the early 2000s.

Stephens wasn’t a great diarist. Scattered over the pages are sporadic annotations recording pruning, visits to Baltimore, snowstorms, and bad weather. The entries begin in 1917 and sputter out in the 1960s.

For example, the page with the printed heading of January 8 was inscribed:

What caught my eye was his repeated entries akin to these:

On April 6:
“1931
Finished East side of
back Orchard peaches
and Apples with
Kleanup 12 gal
Lime Sulphur 9 gal
Kleanup in tank”

The composition of the Sunoco (perhaps the “oil emulsion” HRS mentions occasionally), Kleanup, and the “pink spray” used on peaches and apples was cloaked by their proprietary names.

Lead Arsenate was used to deter cydia pomonella moths from damaging the apple crop from 1890 until 1950 (read an article from Virginia Tech on its use here). It’s replacement? DDT. 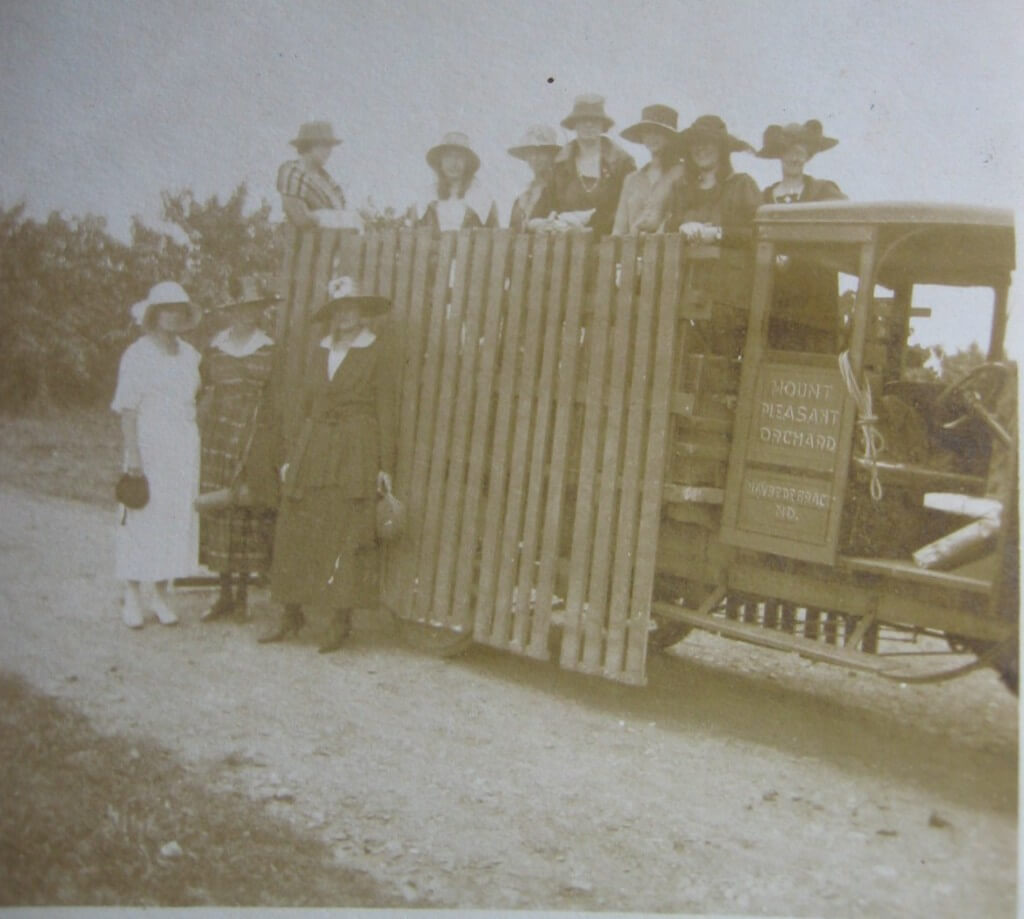