Where in culinary history did I miss the inclusion of rum in an omelet? New York Public Library announced recently the availability of thousands of their images in the public domain available for free and open use. A long-time fan of their What’s on the Menu? crowd-sourced transcription project, I found this Pullman Dining Car breakfast menu from the train carrying William McKinley’s body to rest after his assassination. Breakfast was so much more hearty in the 19th century. Pass on the wan cereal – I’ll have the mackerel or steak with mushrooms. As for the NYPL, their online digital records also have an “item timeline” which indicates when the object was generated, acquired, digitized, and accessed by the user. It’s kind of a fun, accessible way to indicate to the library’s audience how the collection is being used through time.

As for the rum omelette, it not only included rum, but was brought to the table flaming. Read this Gothamist article on rum omelettes. Seems a bit festive for a funeral train. 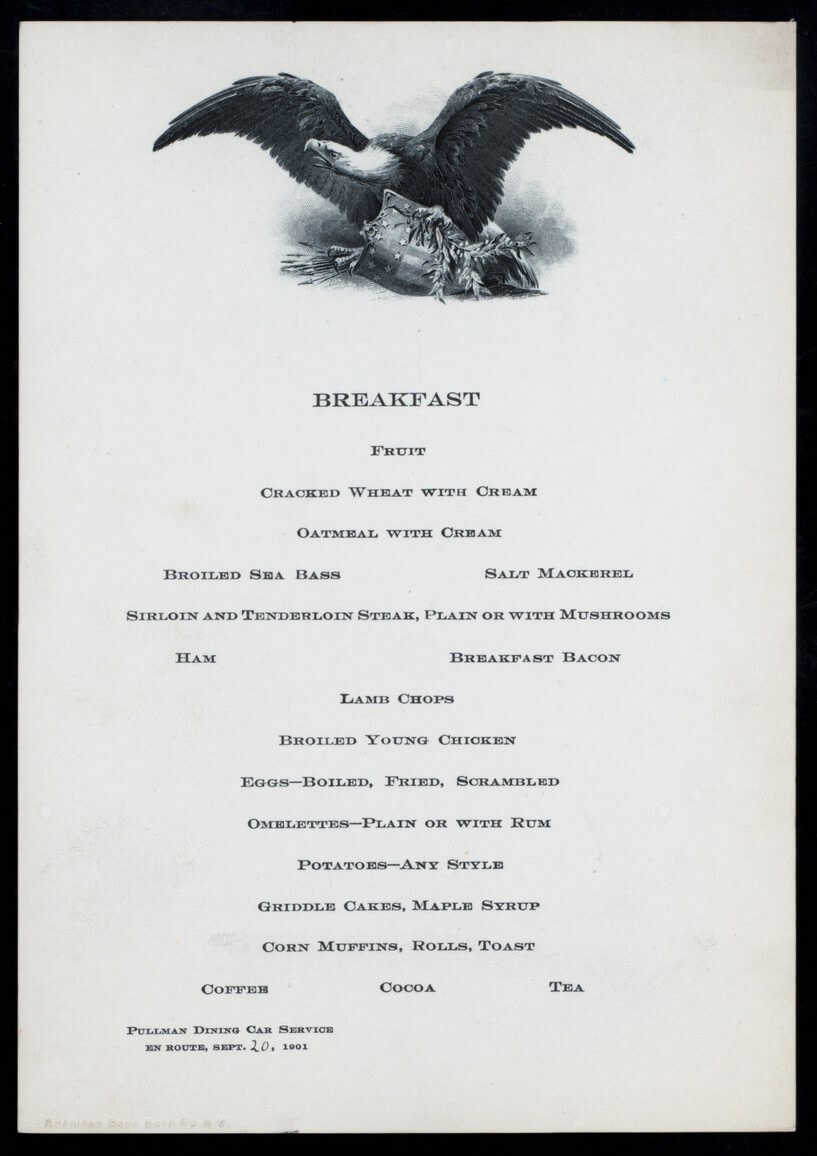