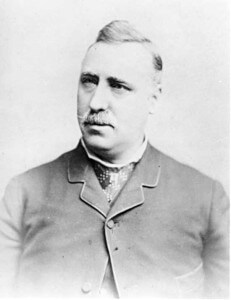 Using Winterthur’s online collections resources last night, I stumbled onto James E. Taylor’s sketchbook of historic buildings in Philadelphia. A newspaper illustrator, Taylor sketched historic buildings in Philadelphia’s Old City area in 1861, just before most of the structures in the 57 pages of drawings were demolished. Many of the buildings are from the 18th century, and indicate the organic growth of the area. The sketches are a treasure of visual information about the fabric of 18th century Philadelphia and 19th century commerce.

My research into the culture of indentured and enslaved women (see my article here, as well as previous posts on the project here, here, here, and here) makes this a fascinating resource. By locating where their masters lived, I can illustrate through Taylor’s sketches more about the environment of the women I study. For example, the first connection I made was with a drawing of eighteenth century houses at the corner of Fourth and Arch. Margaret Davis, who ran away on July 27, 1785, lived with George Reinhart, at “Fourth St. above Arch St. opposite German Church.” According to the interactive map at TeachingAmericanHistory.org the Lutheran church was on the southwest corner, across Arch Street from this clump of buildings (although project director Gordon Lloyd indicates that there is some doubt as to the precise location of the original church at this corner).

While nearby Elfreth’s Alley preserves the texture of 18th century Philadelphia, viewing these sketches makes me think how much richer the fabric of Old City would be if more of these structures had been saved for adaptive reuse, how much greater the draw for visitors and scholars. Progress is progress: these parts of the city have been rebuilt once or twice since these structures were lost. Living in New York, a city with limited area for building, increases the risk of demolition to low rise structures. New York seems to have arisen out of the Gilded Age, because so much of its historic fabric prior to that has been lost through development. But richness of space enlivens – compare walking into a 1930s Art Deco post office with walking into a 1960s courthouse or a Walmart Store. Think about your environment, and how it helps define your sense of place.

Check out the Philadelphia Preservation Alliance while you are at it.

See an interactive zoom version of the drawing at Winterthur’s website by clicking below.